By Billie Rubin, reporting from the labs of Stanford Blood Center BATS, which stands for British Army Transfusion Service, came to be in the late 1930’s just before WWII started. The purpose of BATS was to bring blood and related...

Many blood donors have unique reasons for giving blood. Perhaps a close friend or family member needed a life-saving blood transfusion. Or maybe it’s all about the cookies and POG! We recently asked folks through our Facebook page to share...

By Billie Rubin, reporting from the labs of Stanford Blood Center  Each blood component we make has a purpose:  • Red Blood Cells – carry oxygen to the tissues in the body and are commonly used in the treatment of...

By Erin Digitale, Staff Writer for the department of Communication & Public Affairs at the Stanford School of Medicine For most of Isabella Messina’s first year of life, people who wanted to see her had to squirt their hands with...

A New Way to Donate Plasma

In January of this year, we discontinued the automated procedure that collected one unit of red blood cells and two units of plasma using the Alyx machine. Later this spring, we will transition...

We are so fortunate to have such a devoted, caring community of blood donors. Your generosity helps to save many lives, and we are grateful for your partnership. We also take our responsibility to provide our community with a safe and adequate blood supply seriously, and that is why we need to ask certain platelet donors to help us out in a different, but equally important, way: by donating whole blood instead of platelets.

Vital fluid: What We Know About Blood

"Blood is a very special juice." Goethe didn't know the half of it when he penned this line for Mephisto more than 200 years ago. In those days people believed blood held mystical qualities and was a potent life force. No wonder Mephisto wants the contract for Faust's soul signed in this "special juice." 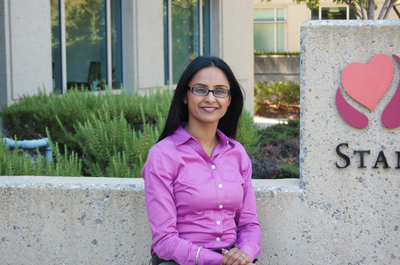 Last year brought some significant changes for Stanford Blood Center that we can reflect back on with a sense of great accomplishment. Our hard work and collaborative efforts came along with many successes and achievements. We welcomed several new team members including three managers, two directors, one senior operations director, and one assistant medical director. In addition, we opened up a brand new donation center in Menlo Park, taking with us fond memories of our Campus center as we closed its doors.