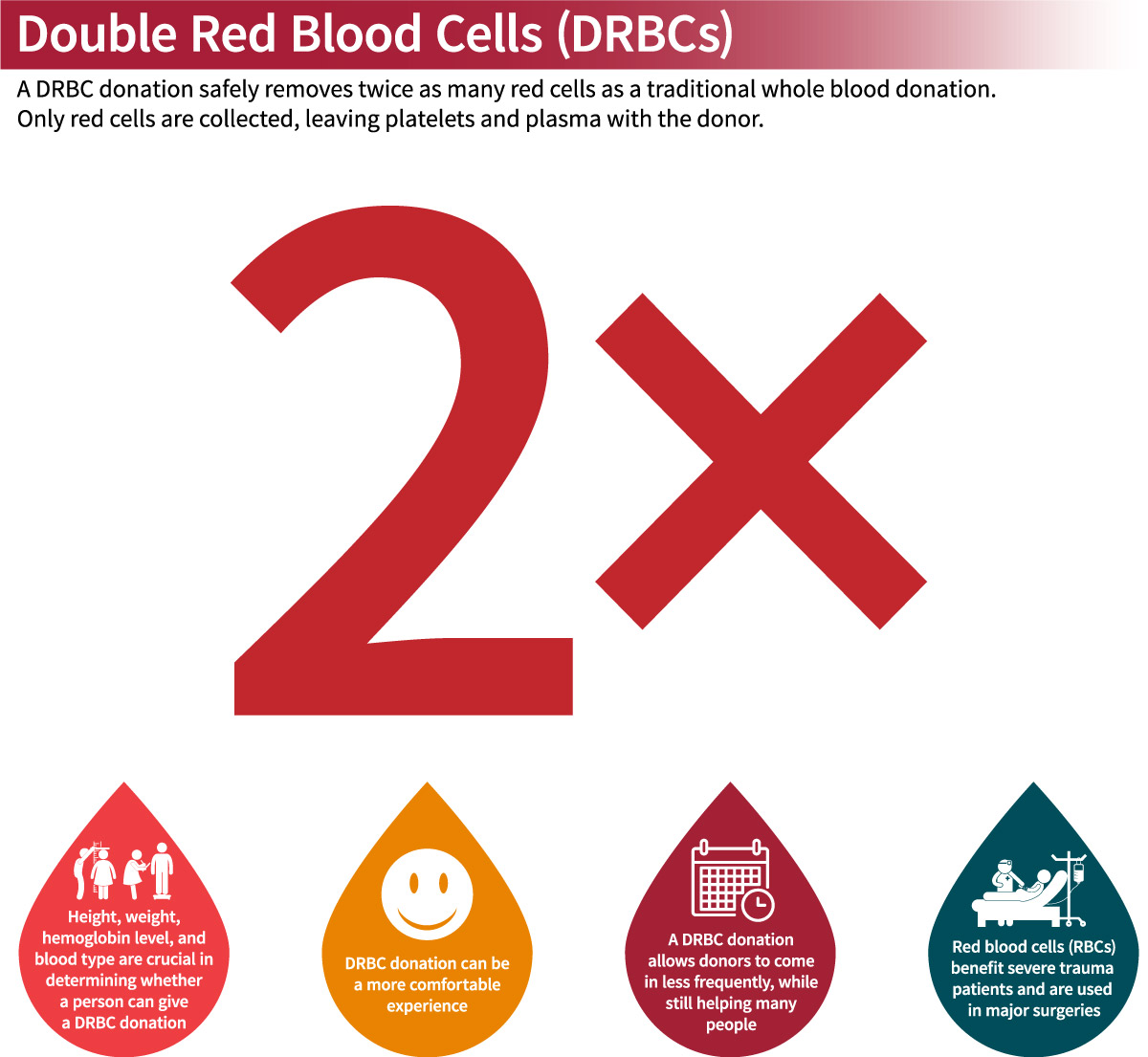 Why are the requirements different for women, men and nonbinary donors? Because different sexes have different total blood volume (TBV) — even if they weigh the same amount. The standard of care dictates that no more than 15% of a person’s TBV should be drawn at a time. Our apheresis machines determine TBV based on gender, height, weight and hemoglobin.

How long does donating take? The actual DRBC draw takes about 30 minutes.

Where can I donate? DRBC donations are accepted at all indoor mobile blood drives and all three fixed site locations: Campbell, Mountain View and Menlo Park.

Continue to other types of blood products…