Discovering Resources in the Community

Living in the Bay Area has many advantages, not least of which is the plethora of opportunities to spend leisure time. With so many competing activities available, it's easy to miss some gems. For instance, the Palo Alto Adult School (PAAS), a provider of courses for both self-enrichment and job-training. Of course, Stanford Blood Center (SBC) is not a bad place to devote a little time either, especially if you're interested in helping patients. But people need to know about these organizations in order to take advantage of them.

At a blood donor recognition event last year, Janet Silberman, a 150-time donor, sat in the audience and listened to Larry Frederick, a retired police officer, thank each and every individual in the room for saving his life. Many years earlier, he experienced a life-threatening event that required immediate blood transfusions. His story could have been terribly tragic. But instead, the blood was available and it saved his life. He now rides his bicycle across the country setting up blood drives and personally thanking the donors. 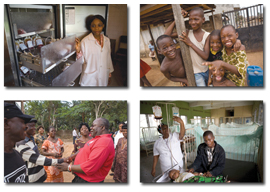 This summer, BloodSource staff and representatives from the Carmel Valley Rotary Club traveled to Nigeria to continue working on the Safe Blood Africa Project. Led by Dr. Chris Gresens of BloodSource, the team also included Northern California Community Blood Bank CEO Tom Schallert and BloodSource's Dr. John Watson-Williams, as well as project founder and Rotarian Warren Kaufman. Their destination was Uyo University Teaching Hospital in the state of Akwa Ibom, a region of about four million people in the southern part of the country.

5 Ways to Stay Healthy Through the Holiday Season 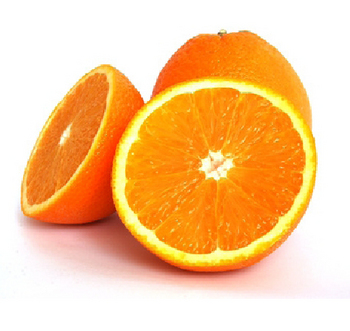 Staying healthy through this season can be especially challenging. It seems that all around you, people have the sniffles or a cough. Taking good care of yourself is key to preventing the flu. Here are a few tips to help keep yourself strong and healthy this year.

Type I diabetes is an autoimmune condition in which the body's immune system inappropriately destroys the insulin-producing cells of the pancreas. Insulin is a key hormone which moves glucose into the cells and allows it to be utilized for energy and growth. Without insulin, glucose rises in the bloodstream, causing an abnormally high level of sugar in the blood.

Historically, certain species of leeches have been used in medicine for blood-letting. These tiny phlebotomists were used in areas that were "too sensitive or confined for the lancet or other blood-letting instruments" like the gums, lips, fingers, and nose.

#WhyIGiveBlood: Because of My Dad

Many of our donors have unique stories about why they started giving blood. Through our #WhyIGiveBlood campaign, we are taking the opportunity to highlight some of them as an inspiration for others. This first piece in the series is by Tami Turner, a long-time, dedicated SBC blood donor.

My father is the reason I'm a 300+ unit donor. I grew up in the hills above Peninsula Hospital, for which my father was an on-call whole blood donor. He had AB blood, and would be called sometimes in the middle of the night to go down and donate. When he died prematurely in 1985, it occurred to me that we were losing a whole generation of donors from WWII & Korean War eras, and that I needed to step up to the plate!

Lisa Sanfilippo has donated blood in nine separate locations in the past five years. Such is her passion for continuing to help save lives by finding a Stanford Blood Center (SBC) blood drive or Center location wherever she happens to be when eligible to donate.

Tips & Tricks: Finding a Blood Drive Near You 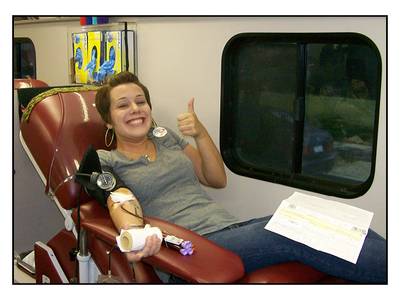 Visiting a mobile blood drive is a convenient way for busy parents, students, and professionals to keep up with their routine of donating blood without having to travel too far. We come to you so you don't have to come to us! Accounting for about 55% of the total amount of blood we collect, our drives are hosted at college campuses, high schools, churches, and hundreds of companies in the Valley and up the Peninsula.