The Stanford Histocompatibility & Immunogenetics Laboratory (HLA Lab) performs state of the art and cutting edge histocompatibility and genetic testing for solid organ and bone marrow transplantation as well as for disease associations and drug resistance/susceptibility. The HLA Lab offers a wide selection of testing services, has an active research and development program and houses and curates a bio-repository of patient specimens. It services Stanford Health Care, Lucile Packard Children’s Hospital Stanford, Kaiser, as well as other transplant centers. It is accredited by the American Society for Histocompatibility and Immunogenetics (ASHI), CLIA, and the state of CA for high complexity testing.

There are a number of HLA specificities known to be associated with certain diseases or drug-induced adverse reactions. The confirmation of presence or absence of HLA factors associated with each disease can make a significant impact in the diagnosis and/ or treatment of patients. Based on current literature, the Stanford Blood Center Histocompatibility and Immunogenetics Laboratory designed a Disease Association Panel of pre-selected HLA specificities to facilitate this test request.

When it will be available:

The Disease Association Panel request is currently available to order in Epic for Stanford Health Care providers. The selection of a specific disease or drug hypersensitivity automatically defaults to the pre-selected HLA typing request with flexibility to add additional specificities if desired.

For non-Stanford providers, the request is made via the Stanford HLA Laboratory request form (currently this form may be requested by calling the Laboratory at 650-724-6742 and faxing the form to 650-723-6350). We hope to provide an electronic request form in the near future. 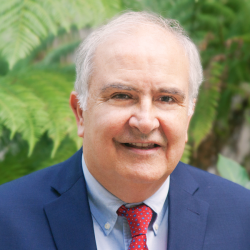 Marcelo Fernández-Viña, Ph.D., D (ABHI) is a Professor for the Department of Pathology at Stanford University Medical School and serves as co-Director of the Histocompatibility & Immunogenetics Laboratory at this institution. He has been working in the fields of Histocompatibility and Immunogenetics since 1982. He earned a degree in Biochemistry from the School of Basic Sciences in Rosario, Argentina, and his Ph.D. in Internal Medicine from the University of Buenos Aires Medical School in Argentina. Previously he held a position as a Professor in the Department of Laboratory Medicine at the University of Texas M.D. Anderson Cancer Center in Houston. He has 170 peer reviewed publications, many of them focusing on HLA variation in multiple world populations, identifying susceptibility and resistance factors for diseases and in the impact of HLA mismatches in allogeneic transplantation; and 59 book chapters. He served as expert Consultant for Donor Searches for NMDP and as President Elect, President and Past President of the American Society for Histocompatibility and Immunogenetics. He served as a member of the Board of Directors and the Executive Committee for the United Network for Organ Sharing. Currently, he serves as Co-Chair of the Immunobiology Committee of the CIBMTR; and is the Liaison between the American Society for Histocompatibility and Immunogenetics to the National Marrow Donor Program. He serves as HLA Expert Consultant for the NMDP for the HRSA contract and is a member of the Histocompatibility Advisory Group for NMDP. He is Councilor of the International Histocompatibility Workshop and a member of the WHO Nomenclature Committee for Factors of the HLA System, Section Editor of Human Immunology and an Advisory Board Member of the International Journal of Immunogenetics. 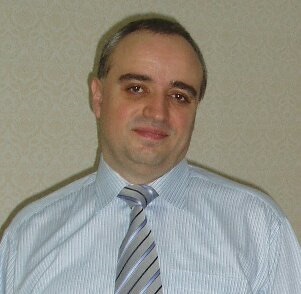 Dr. Alin Girnita comes to Stanford from the University of Cincinatti Academic Health Center where he served as Professor of Clinical Surgery and Director of the Transplant Immunology Division of the Hoxworth Blood Center. He earned his MD and PhD from University of Medicine and Pharmacy, in Craiova, Romania. He pursued his post-doctoral research training in Transplant Immunopathology and a participated in a Fellowship in Histocompatibility and Immunogenetics at the University of Pittsburgh and “Thomas E. Starzl” Transplant Institute. While there, he assumed the role of Associate Director of Histocompatibility and Immunogenetics until moving to the University of Cincinatti in 2009. 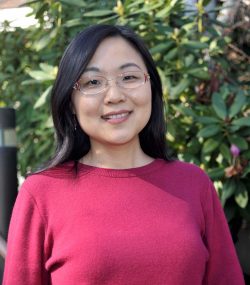 Dr. Bing (Melody) Zhang is a Clinical Assistant Professor for the Department of Pathology at Stanford University Medical School, and serves as Assistant Medical Director for the Histocompatibility & Immunogenetics Laboratory. She is also an attending physician practicing at the Stanford Molecular Pathology service.

Dr. Zhang received her medical degree and a master’s degree in Medical Genetics from Shandong University School of Medicine. She pursued postdoctoral research training in the department of Pathology at Stanford University after immigrating to the US. She then went on to complete her residency training in Clinical Pathology, as well as fellowships in Molecular Genetic Pathology and Clinical Genomics here at Stanford. She is Board Certified in Clinical Pathology and Molecular Genetic Pathology.

During the time of her research and clinical training, she won multiple national and departmental awards, including Mary Rodes Gibson Memorial Award in Hemostasis & Thrombosis (American Society of Hematology), AMP Young Investigator Award (Association for Molecular Pathology), Charles B. Carrington Memorial Award (Stanford Pathology Research Retreat), and Department of Pathology Trainee Mentored Award in Precision Health (Stanford), etc. She served as a junior member on the College of American Pathologists Biochemical and Molecular Genetics Committee from 2016 to 2017. During this time, she led the development of NGS-based inherited cancer panel proficiency testing and participated in reviewing of the NGS checklist and NGS proficiency surveys.

Dr. Zhang’s primary research interest is development and application of molecular assays for the diagnosis and monitoring of patients in transplant medicine. Clinically, she is interested in contributing to further integration of HLA laboratory with other operations in the SBC as well as relevant services in the department of Pathology.

The 17th Workshop was held to further advance the continued international collaboration in research in HLA and Immunogenetics projects. The major goal was to define HLA and KIR genomics, map serologic epitopes using NGS and single antigen bead technologies, and develop robust research and clinical informatics tools for HLA and KIR.