By Julie Peachey When Daniel Boñaga, a physician in the Philippines, moved to the U.S. in 1995, he took his first job as a phlebotomist with Virginia Blood Services. It would be 18 years before relocating west and accepting his...

By Julie Peachey We are pleased to welcome our new technology leader, Jacqueline Shen, who comes to us from Tyco International after 17 years as the IT director for their global organization. She joined Stanford Blood Center in December and...

By Deanna Bolio Part of Stanford Blood Center’s mission is to connect donors with patients, which is why we frequently share updates about blood usage at our hospitals and stories from blood recipients we meet. At this year’s Stanford Blood...

By Dayna Kerecman Myers We’re very excited to introduce our new communications director, Vanessa Merina. From handling communications for the University of Wisconsin Law School, to establishing an intercultural nonprofit and teaching creative writing workshops in Bordeaux, France, to heading...

Shake off the lab coats and don the kilts: It’s hammer time

By Sara Wykes, Staff Writer for the department of Communications & Public Affairs at the Stanford School of Medicine Brian Grone, PhD, has brains and brawn: He can tell you how acute light exposure suppresses circadian... 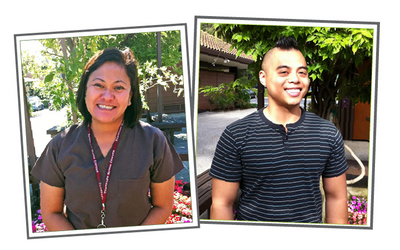 Born To Do This 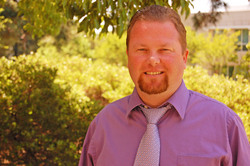 I've worked at the Blood Center for a little over seven years now in a variety of roles, beginning as a phlebotomist. If you've donated on a mobile between 2004 and 2008, there is a good chance I drew your blood, some more than a few times.