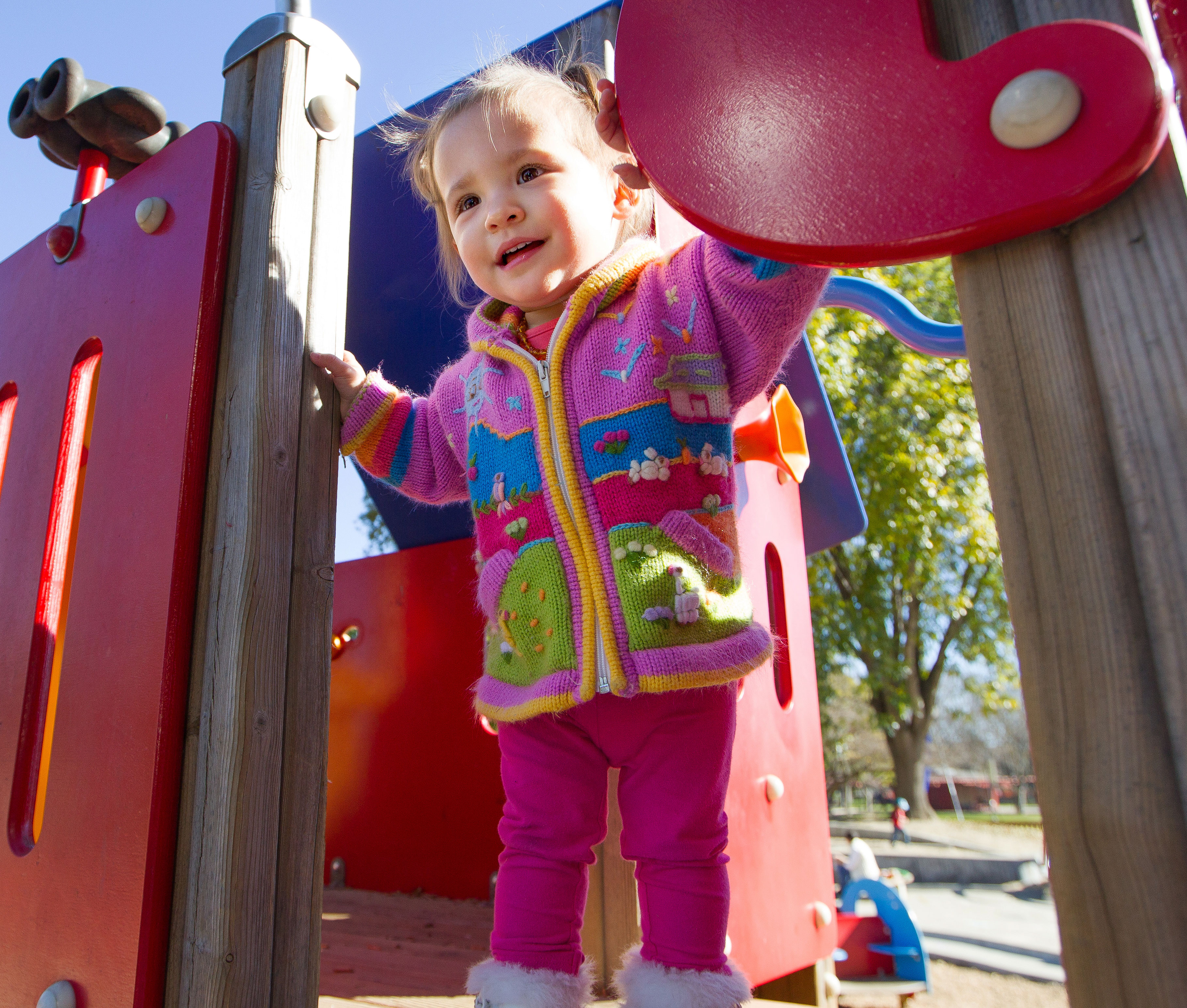 Beating the Odds: A Little Girl’s Struggle with a Rare Blood Disorder

Aria is a lively 17-month-old with an infectious smile. One would never guess that she was born an anemic preemie who spent the first month of her life in the Newborn Intensive Care Unit (NICU) at Lucile Packard Children’s Hospital (LPCH).

The odds were stacked against Aria from the beginning, given her mother, Jennifer’s complications with the pregnancy and delivery. Aria was delivered seven weeks early via an emergency cesarean section due to preeclampsia in mom, and Aria only weighed 3 pounds and 3 ounces at birth.

At two months old, Aria received her first blood transfusion because she was unable to produce her own healthy red blood cells. Over the next six months, Aria received seven more blood transfusions and doctors struggled to identify the cause of Aria’s anemia. Part of the reason for the difficulty was because doctors could not distinguish her red blood cells (type O+) from the transfused (also O+). The decision was then made to transfuse Aria with O- blood, which meant that the few O+ blood cells she was producing could be tested. Thanks to this decision, the doctors were able to diagnose Aria with Diamond Blackfan anemia.

What is Diamond Blackfan Anemia?

According to the Centers for Disease Control and Prevention (CDC), Diamond Blackfan anemia (DBA) is a rare blood disorder that is also associated with birth defects and/or other abnormal features. DBA occurs in every racial and ethnic group and about 25-30 new cases are diagnosed in the U.S. and Canada annually.

Some people who have been diagnosed with DBA have a family history of the disorder and a known genetic cause. However, in many others, there is no known cause for DBA. It is incurable, yet treatable – most commonly through corticosteroid medication and blood transfusions. In some cases, bone marrow/stem cell transplantation is considered.

Fortunately, with proper treatment and care, people diagnosed with DBA can still live full lives, often enjoying most of the activities that other people do. Visit the DBA Foundation website at www.dbafoundation.org to see how you can help find a cure.

Since her initial treatment, Aria’s visits to the hospital have reduced significantly and she continues to grow and thrive. Jennifer tells us:

“Aria continues to be an amazing little girl. The staff at LPCH has been a second family to us. We used to go in twice a week for blood work and now we go every two weeks. She has had about 10 transfusions and started her steroid treatment when she was 12 months old. She is 17 months now and is thriving on a low dose of steroids, so we are very fortunate so far.”

Because of her rare blood disease, Aria has received many units of blood from generous donors that sustained her health; these units also provided doctors with the tools to diagnose her condition. “I am so thankful for blood donors because without them, Aria wouldn’t have been diagnosed and most likely wouldn’t have survived!” her mother shared.

There are many rare blood diseases and with each donation you make, you could potentially be helping save the life of a child like Aria. Or you could be saving someone’s mother, grandfather, sister, or husband. Blood is needed to save lives around the country and the world every day. In fact, each day approximately 39,000 units are used in hospitals across the United States.

For more information or to schedule an appointment online to donate, please call (888) 723-7831 or visit stanfordbloodcenter.org.