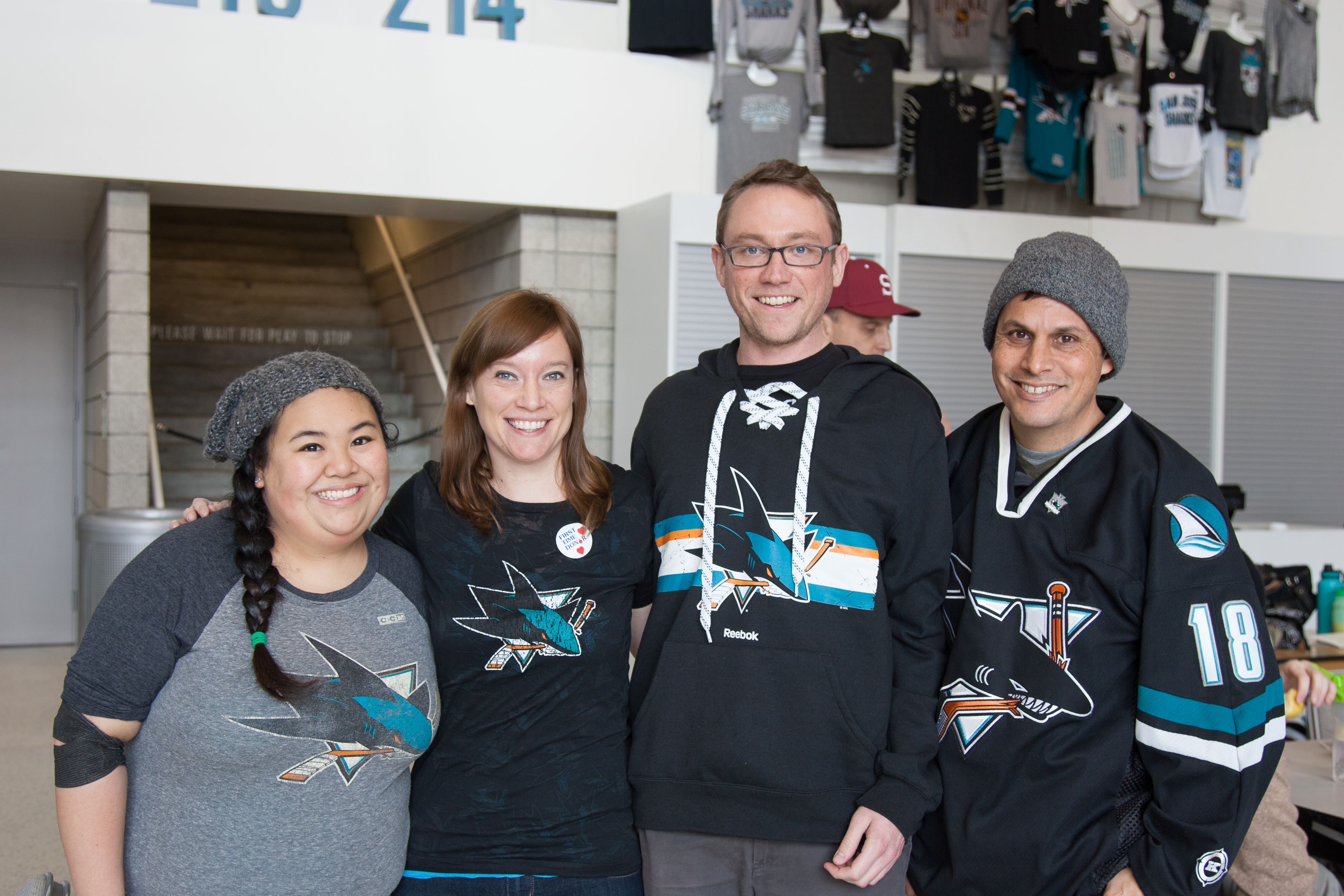 11th Annual Save a Life Blood Drive with the Sharks Foundation

On Saturday, January 21st, SBC teamed up with the San Jose Sharks for the 11th Annual  Sharks Foundation Save a Life Blood Drive. The drive was a smashing success – we collected 254 units of blood, and even had 41 first-time donors!

Hundreds of donors, most decked out in their best Sharks gear, gathered in the SAP center from 7:30 a.m. to 2:00 p.m. to generously donate blood and mingle with fellow Sharks fans. Each presenting donor received a free t-shirt and was entered into “Power Hour” drawings for the chance to win various prizes including merchandise and autographed memorabilia. The grand prize was San Jose Sharks tickets with a special VIP pre-game behind-the-scenes tour!

Special guest Sharkie “swam” around taking pictures with the attendees. They were also greeted by Sharks forward Tomas Hertl and defenseman Dylan DeMelo (#74), who chatted warmly with donors and posed for pictures while they sat in the chair.

Thank you to everyone who made this year’s drive possible; it was a wonderful experience for donors and staff alike. We are all looking forward to next year’s drive. You can view the photo gallery from this year’s drive here: https://www.flickr.com/photos/137087426@N02/albums/72157675839502604