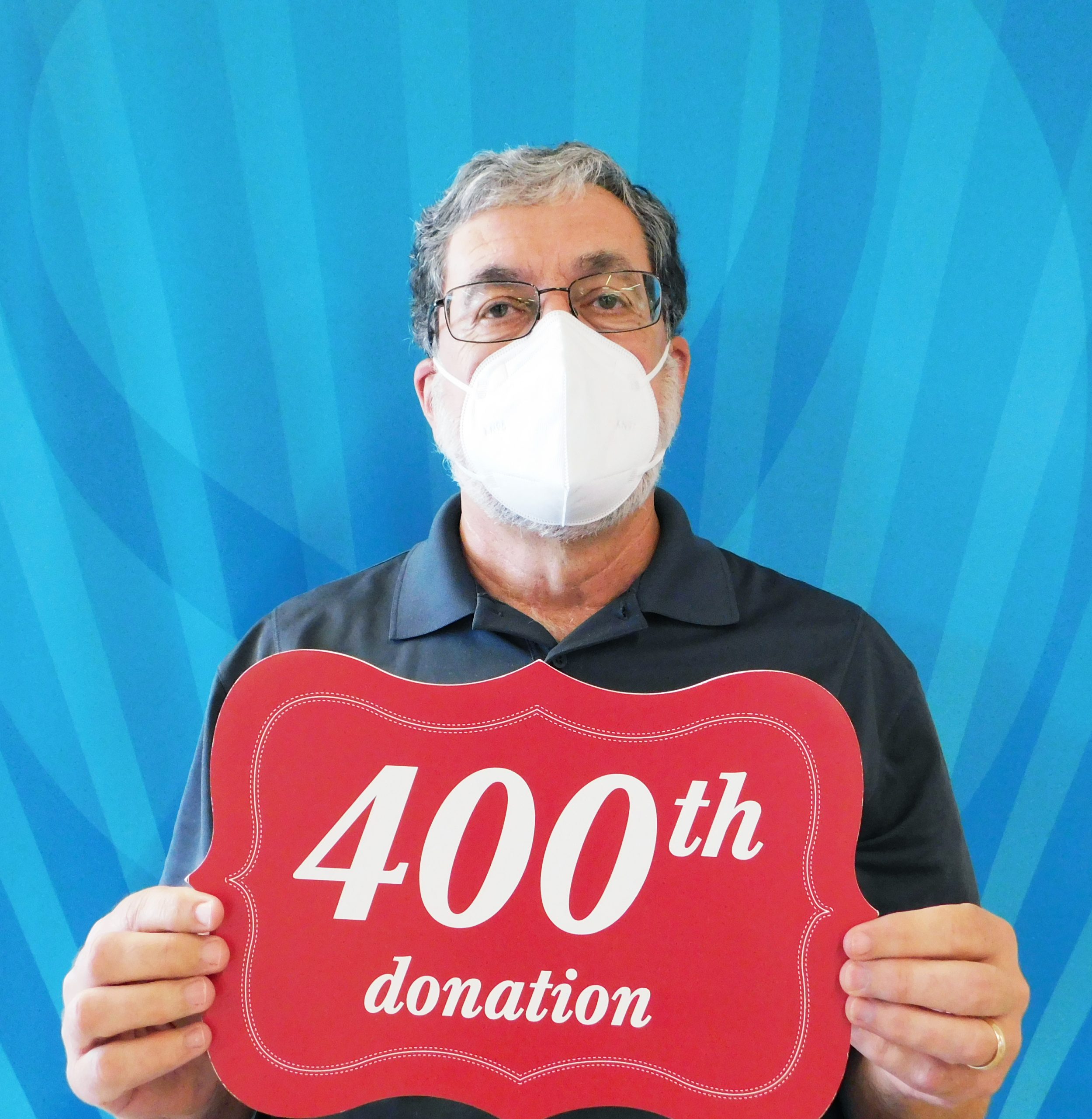 Our milestone donors are the heartbeat of SBC. From time-to-time, we like to give a special shout-out to those who have gone above and beyond to help support patients in need. Gary Cooper recently made his 400th milestone donation at our South Bay center. Our Public Relations Officer, Ross Coyle, interviewed the San Jose resident about what inspires him to donate and what keeps him coming back all these years.

What does your 400th blood donation mean to you?

Reaching my 400th donation means a lot. Although it’s rewarding to me every time I donate, the milestones make you stop and reflect on how much time and effort it takes to reach them. The last few years have been a challenge to donate as often as I did in the past.

What led you to donate blood the first time?

My first donation was at a blood drive at work. Some of my friends were going, so I tagged along. An added incentive was the pie and other goodies that were available after the donation!

Why do you donate?

I had a serious motorcycle accident in my early 20s where I was given blood products in my treatment. Donating felt like a way to give back to people like the ones who donated the blood I received. Knowing that each donation could potentially save lives is a big factor, too.

What keeps you coming back all these years?

Donating has become a good habit for me over the years. All the people at the donation centers make me feel welcome and appreciated. The constant need for blood is a big driver. Donations also take on more meaning when you find out that your donation was earmarked for a specific patient.

Did you ever think you’d be donating so long that you would reach 400 donations?

No, I didn’t. Early on I didn’t really have any donation number goals. Now, I’m hoping to reach 500. I’m in awe of the people who have given many more times than I have.

Why do you donate at Stanford Blood Center?

All the people at the donation centers are so friendly. Having a donation center near my home in San Jose was a game changer for me. I started out donating at Palo Alto, then moved to Mountain View, and finally to the South Bay center.

It’s been a great experience. That’s part of what keeps me coming back. The snacks afterwards don’t hurt either!

When and why did you start donating platelets and how has that been?

I started donating platelets in the early 90s on a recommendation of one of the nurses at the blood drives at my workplace. I think she saw that I was a regular donor and that I might be interested in taking it to the next level. Initially, it was kind of intimidating with needles in both arms (as it used to be done). Not being able to use either arm for a couple of hours was interesting. I remember one of my nurses told me that if I needed something scratched to let her know, within reason. Now, with only one needle, it’s much easier.

What would you say to potential first-time donors who may be on the fence about donating blood?

I would tell them to give it a try and go in with a positive attitude. A small amount of discomfort is well worth it. My guess is that it isn’t as bad as they might fear. Giving platelets or plasma isn’t for everyone but may be something to aspire to once they get past the initial whole blood donations.

We have an immediate need for all blood types, especially type O. Please make your earliest available appointment. Walk-ins welcome, and same-day appointments are available!(Make an appointment online)