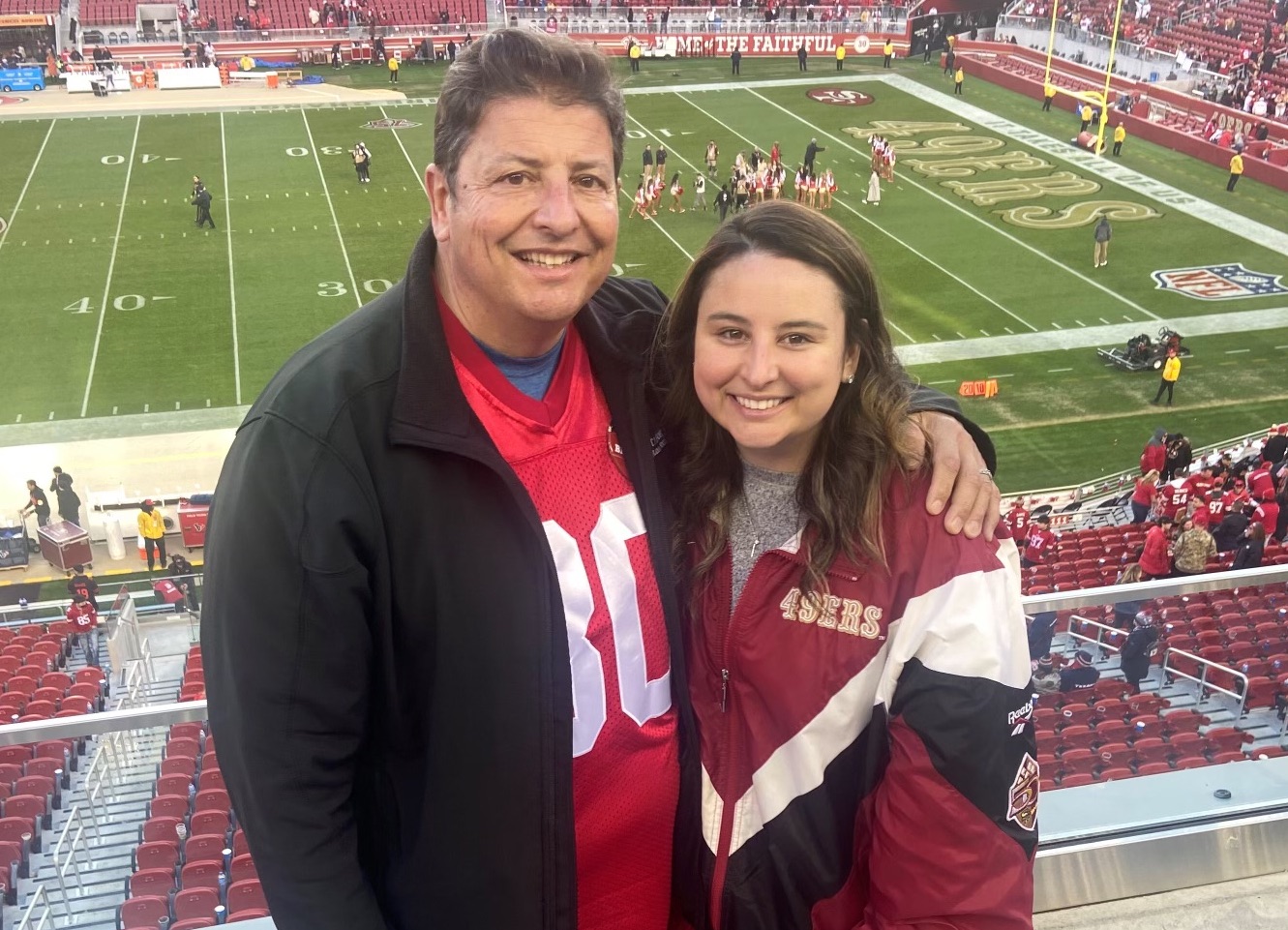 Felicia’s Story: A Father’s Day Gift Like No Other

We hope everyone had a very happy Father’s Day! It’s one of life’s joys to be able to spend quality time with your family on special occasions. Our Marketing and Communications Specialist, Felicia Gonsalves, knows first-hand the impact blood donors have on patients’ lives. She shares her story of how her family came awfully close to losing that valuable time, and how it motivated her to pay it forward.

It was a day Felicia Gonsalves will never forget and one that changed her life forever. She had just returned to the Bay Area after a family trip to Lake Tahoe during the Fourth of July weekend in 2019.

That’s when she got a call no one wants to receive: her dad was in the emergency room. The doctors tested him for what they considered to be worst-case scenario — and it turned out to be just that. After significant strain on his heart, David Gonsalves’ aorta had dissected (torn). His diagnosis was so critical that he had to be life-flighted to UC Davis Medical Center in Sacramento. Felicia quickly drove up to UC Davis to be at her father’s side.

“It’s a struggle to watch it happen to a loved one. Panic set in, not knowing what was going to happen to him,” said Felicia. “The waiting was excruciating, and you feel helpless because you’re not able to do anything for him.”

Fortunately, her father survived, but it was a harrowing experience. “Honestly, it was a miracle! The doctors told us that most patients with a similar diagnosis don’t survive.” Felicia remembers seeing some of the life-flight crew that took her dad to the hospital come by to check on him a few days later after he was out of ICU. They were so happy to see her dad because they knew from experience that most people who go through this ordeal don’t make it. In fact, his recovery is so rare, that doctors at Barton Memorial Hospital in Lake Tahoe have asked to do a case study on David’s situation.

Once her dad was back on his feet, Felicia asked herself what could she possibly do to show her gratitude to all those on his care team who helped her father bounce back and regain his health. “A simple thank-you note wasn’t enough. I could write each and every one of them, but it wouldn’t be able to express how grateful I was for their compassion and kindness,” said Felicia.

That’s when she was finally able to muster up enough courage to donate blood. Despite working at SBC, Felicia was always scared to donate blood. In addition to having a fear of needles, she also had particularly tricky veins that made it more challenging to donate. But, after the experience her family went through, she was determined to overcome her fear and make a difference. “The best thank you I could possibly give was to give the gift of life,” she said. 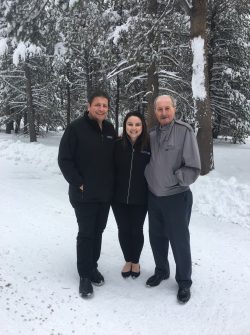 Felicia with her father and grandfather.

It was also a way to honor her father who was an avid blood donor. David has worked for years at a local elementary school, where he made a habit of donating at mobile blood drives. Though his medical situation has made it impossible for him to donate currently, he still spreads the word about the need for donors and shares his story every chance he gets.

David Gonsalves was given a second chance. A chance to spend quality time with family and friends. And a chance to enjoy Father’s Day with his daughter. “It’s always front of mind this time of year,” said Felicia. “I got this time with my dad that others unfortunately don’t always get to experience. So, as a blood donor, the only way I could show thanks was to try to do the same for somebody else.”

Just after the two-year anniversary of her father’s recovery, Felicia’s grandfather, Ernesto became very sick. They found out that both of his kidneys and his liver were failing. At the hospital, he had been given several transfusions, but they learned that he didn’t have much time left. Over the next four months, he continued to receive blood products before passing away in February of 2022. Felicia and her family are so grateful for the extra time they had with Ernesto. The gift of time is something Felicia and her family want to continue giving to other families.

Felicia continues to advocate for the importance of blood donation. She has encouraged friends to donate, and some have taken her up on that offer. “Donating blood takes only about an hour, but can have such a large impact on someone else’s life. There’s no better way to thank someone for giving you more time; it’s priceless!”