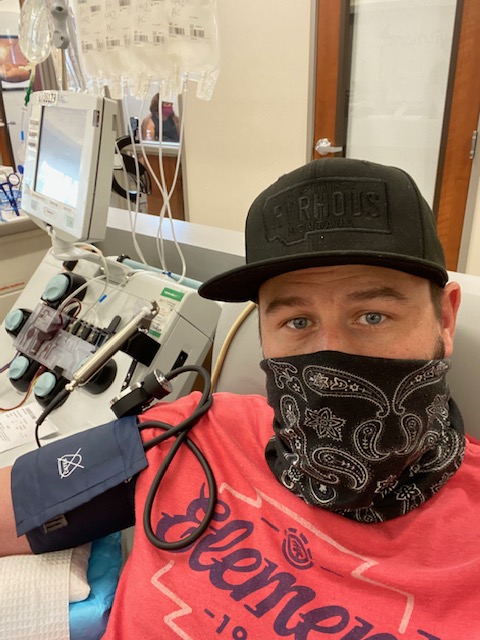 Roughly three weeks before any social distancing regulations were instituted in the Bay Area, back when local COVID-19 cases were few and seemingly contained, Kendra Nash went on a long-anticipated ski trip with 11 of her close friends. What was intended to be a relaxing getaway, however, became the center of an intricate web of COVID-19 cases identified thereafter.

That weeklong trip, which ended the first week of March, was considered a smashing success. Everyone had a wonderful time enjoying the snow, the skiing and each other’s company, and the women came back refreshed. But a few days after their return, some of the women began to feel ill. For Kendra, no fever was present, but she did experience a headache and some mild aches and fatigue, which her husband, Jared, soon began to experience as well. Because diagnosed COVID-19 cases were so few and far between at this point, the couple’s doctor told them to assume it was the flu and to get some rest.

It wasn’t until a few days later when one of the other women on the trip got back a positive test for COVID-19 that the others began to worry. As quickly as possible, all the women who went on the trip began to be tested for COVID-19; however, this was a slow process, since testing availability in early March was still extremely limited and assumed in many cases to be unnecessary. For Jared and Kendra, it took a little over a week and multiple conversations with doctors to ensure access to a test.

Though the entire group of women who had gone on the trip began isolating as soon as they found out they had potential COVID-19 exposure, the delayed onset of symptoms as well as the delay in being able to identify COVID-19 as the cause of their illness early on proved devastating.

For Jared and Kendra, COVID-19 spread fast and furious. In their respective workplaces once Kendra had returned and before symptoms were present, the two had interacted with a number of coworkers: By mid-March, four out of 11 employees in Kendra and Jared’s office had either confirmed or suspected COVID-19. Thankfully, neither the couple nor their coworkers experienced extreme symptoms. However, not everyone whose illness originated from that trip was quite so lucky.

As was the case with Jared and Kendra, most of the women on the trip exposed their spouses to COVID-19 upon their return. Others infected included roommates, boyfriends and business clients. And while symptoms in these known cases varied widely from no symptoms at all to prolonged and severe illness, the vast majority of friends, colleagues and loved ones infected were eventually able to recover. A few, however, did not.

Kendra’s best friend was one of the few women in the group who had the awful misfortune of interacting with an older relative before she was confirmed positive. Her friend’s beloved father-in-law, who was in his early 70s and had other health complications, was exposed to COVID-19 and, after suffering extreme symptoms and fighting for his life on a ventilator, he passed away in late March. His family and the entire group of friends were shocked and heartbroken.

“As a result of this experience, we saw the full range of effects of COVID-19: everything from asymptomatic to deadly. Two of the women’s loved ones passed away from the virus, and just seeing and feeling the devastation COVID-19 brought for so many of us, Kendra and I knew we had to do whatever we could to help,” said Jared.

Following their recovery, both Jared and Kendra looked for any opportunities they could to support doctors and researchers investigating the virus as well as to support those patients currently battling it. This included donating blood samples for research, enlisting in long-term studies for COVID-19 survivors and donating COVID-19 convalescent plasma (CCP) to “either help prevent someone from being put on a ventilator, or hopefully help someone else get off one,” Jared said. Though Jared had never given blood before, doing so in this situation seemed like a “no-brainer.”

“A lot of times when you’re talking about COVID-19, it turns into a political debate,” he said. “But when you put all the politics and the debate about mortality rates and all those other numbers aside, it really boils down to caring about other people. To me, it makes a lot of sense to help in any way you can, be it as simple as wearing a mask or as involved as donating plasma.”

Jared and Kendra encourage anyone who has recovered from COVID-19 and is able to donate to strongly consider working with a CCP program. “If you have the ability to help someone else, do it. It’s a simple way to support others, and it’s rewarding to know that you could maybe save a couple of lives in the process.”

As for us at SBC, we are extremely thankful for the profound and potentially life-saving generosity of CCP donors like Jared and Kendra who not only give their time and plasma, but also share their own story in the hopes of creating an even stronger support network for patients still battling COVID-19. If you or someone you know has recovered from the virus, we encourage you to join the ranks of these community heroes and learn more about SBC’s CCP program at stanfordbloodcenter.org/covid19plasma.