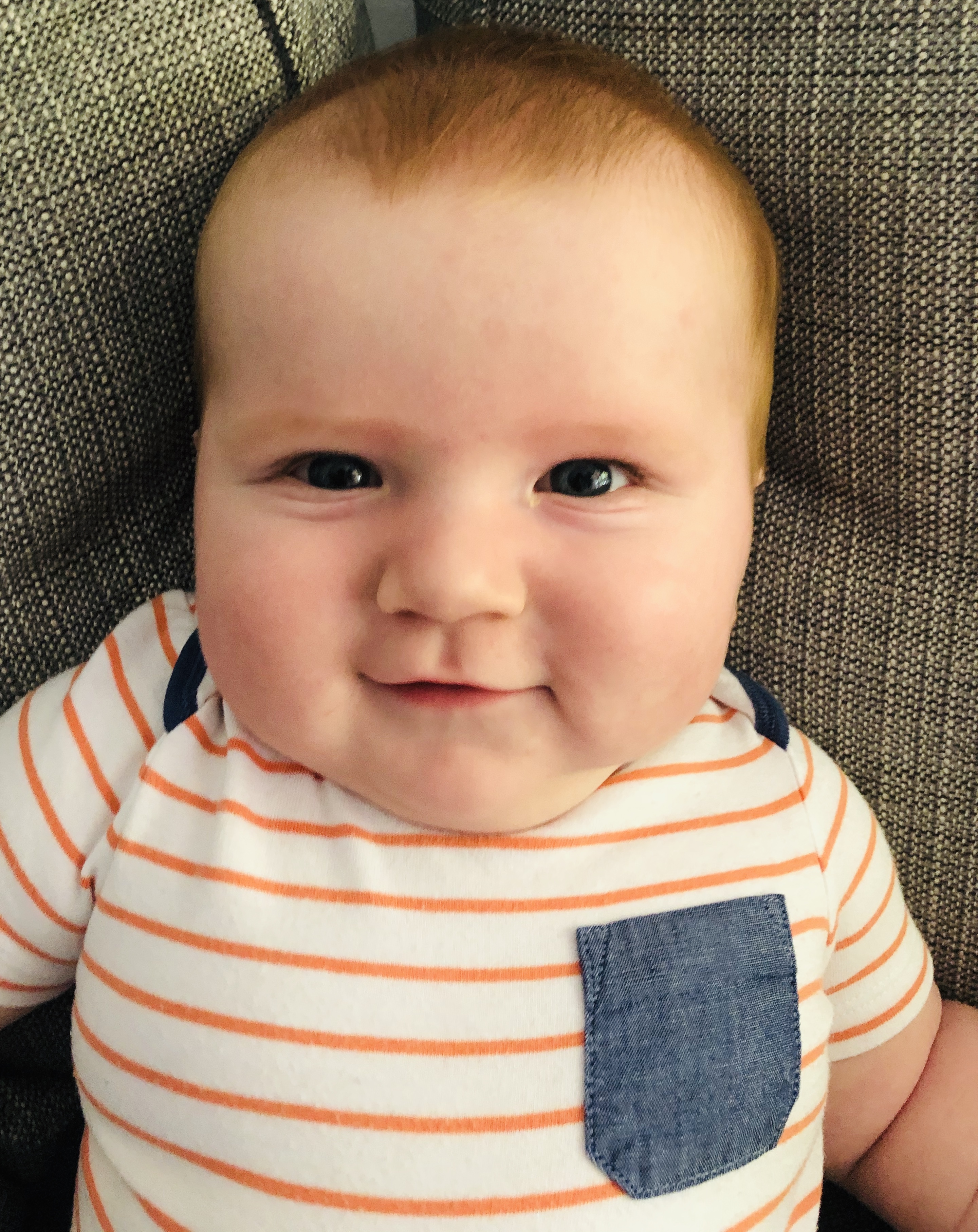 As first-time parents, Kylie De La O-Menard and her husband Guillaume Menard knew that there were many challenges they would have to work through as part of learning to care for a new baby — the exhaustion, the baby’s crying, the frequent nursing. Leading up to the birth of their son Knoll, however, these challenges came to look a lot different — and a lot more serious — than anyone had expected.

It was December 6, 2019, five weeks before Knoll’s due date and Kylie’s last day of work before maternity leave. Though mothers can typically feel their babies moving frequently at this stage of pregnancy, Kylie hadn’t felt any movement the whole day. As Knoll was usually fairly active, Kylie grew increasingly nervous as the day progressed, and she and Guillaume called their doctor in the evening to explain the situation. They were instructed to visit urgent care immediately.

Once at Lucile Packard Children’s Hospital Stanford, Kylie and Knoll underwent a number of tests. After a couple of hours of observation, Knoll’s heart rate dropped suddenly and significantly. The doctors informed Kylie and Guillaume that Kylie would need an emergency cesarean.

Knoll was born at 2:41 a.m. on December 7. Though Kylie couldn’t see him when he was first born due to the arrangement of the birthing/surgical sheet over her stomach, Guillaume recalled the baby as “white, pale and limp.” Knoll made no sounds, and when doctors held his arms up, he let them fall right back down. Knoll’s care team immediately rushed into action to save his life.

“It was very scary, very unnerving, very surreal,” Kylie recalls. “I couldn’t believe any of this was happening. Every pregnancy has its worries and you know that plenty of things could go wrong, but the chance seems so small. When you’re actually faced with it, you have to set aside that fear and immediately focus on, ‘Now what do we do? How can we make him better?’”

Kylie didn’t get a chance to really look at Knoll until about three hours later in the neonatal intensive care unit (NICU). She had pictured a beautiful moment meeting her son many times during her pregnancy, but this was nothing like she had imagined. “He was so pale and didn’t look healthy. I wasn’t prepared to see him in the state he was in,” she said.

It wasn’t until later that morning that Kylie and Guillaume received more information on the traumatic birth experience. For reasons unknown to the doctors, something happened in utero that caused Knoll to lose 50% of his blood that day before he was born. As a result, he hadn’t been getting enough oxygen, which is why he was relatively unresponsive. As soon as he was born, the care team had to give him a transfusion through his umbilical cord to replenish the blood that was lost, and he received even more transfusions over the next three days to get him back to a healthy blood level.

“I never thought we’d need a blood transfusion,” said Kylie. “I had donated blood in the past and always knew I was giving blood to help someone. But when you’re faced with a life or death situation — when it’s your own child who needs blood — it’s a very different experience. I’m very grateful for those donors.”

Thanks to the transfusions and the diligence of Knoll’s care team, what was expected to be an entire month in NICU lasted only one week, and Kylie, Guillaume and Knoll were free to go home at last.

After a shaky start in life, Knoll is now about eight months old, and the family is doing great. “Knoll has been healthy ever since. He’s a strong little guy now. He keeps me up and busy!” Kylie reported brightly. The new parents are glad to be settled into life with their son, and extremely thankful for the blood donors and doctors who gave them the chance at this happy, healthy life together.