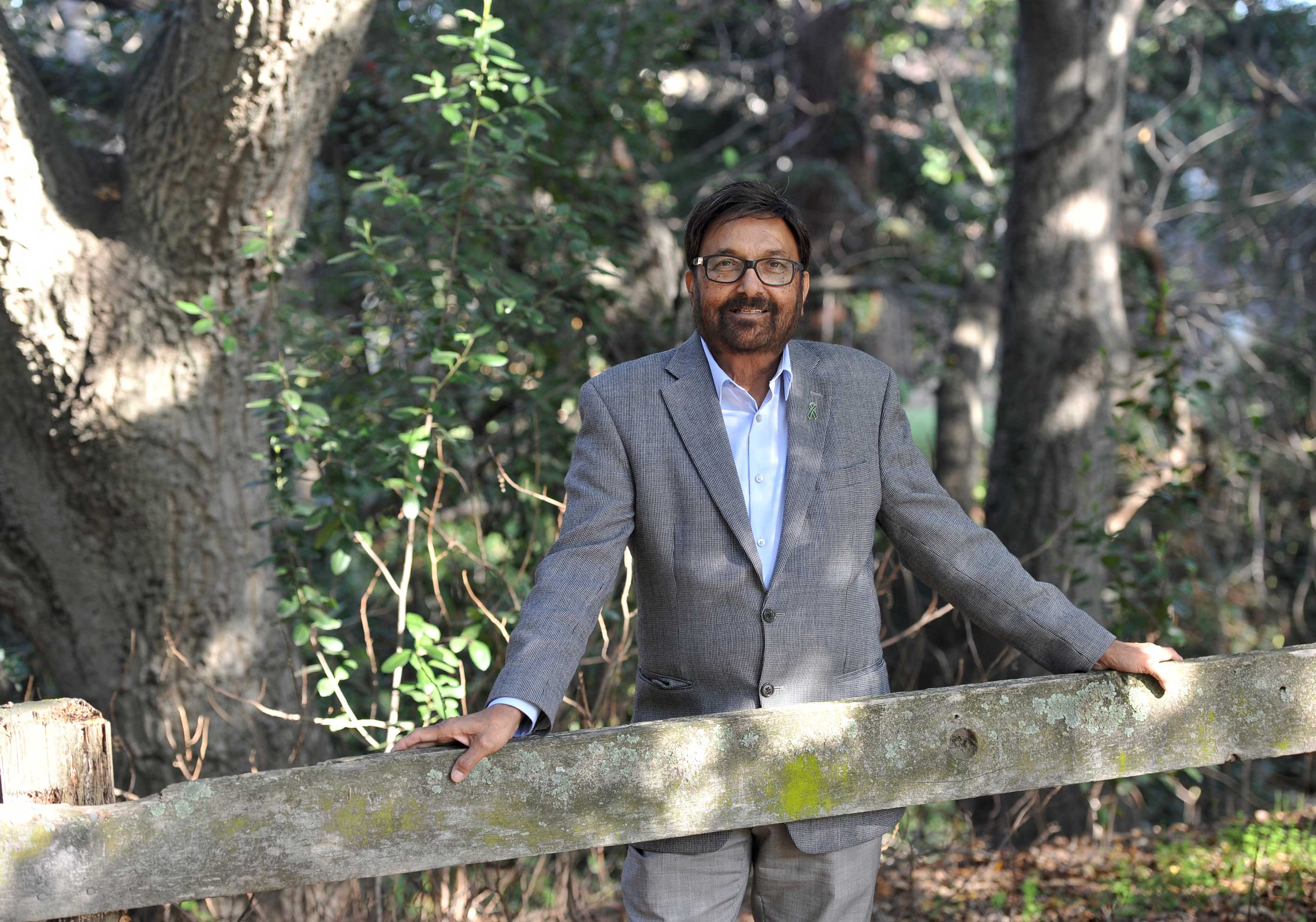 Mohan’s Story: “A Change of Heart”

Mr. Manmohan (Mohan) Mahal claims it has taken him over twenty years to understand his “journey.” It is because of this journey that he is now driven to give back to the world and inspire others. But first, he needed a change of heart.

Born in Amritsar, India, Mohan lived most of his life in New Delhi and moved to the US in 1972, where he then studied mechanical and nuclear engineering at UC Berkeley. After graduating, he started to work in Silicon Valley at a very stressful, high-pressure job managing 40 people. “I told myself during this time, this must be what life is all about, I have made it,” Mohan said.

During his lunch breaks he only had a short amount of time to grab food. He started to acquire a taste for many of the things he had only heard about in India, like hamburgers, French fries and onion rings, “and we couldn’t forget the delicious milkshake to wash it all down with,” he said. This love of his newfound western diet could have contributed to more than just heartburn.

Mohan suffered his first massive heart attack in 1985 at just 35 years old, when his career was in its prime. His two daughters, Sabina and Simran, were only five and three at the time. Doctors performed a quadruple bypass as his arteries were severely clogged. They thought the large amount of stress Mohan endured at work was another contributing factor, so when he ultimately returned to work after his bypass, he was put on “light duty,” meaning he had considerably less responsibility. This was a tough adjustment for Mohan — he felt worthless and unfulfilled, which eventually led him to fall into a severe depression.

Just a few years later in 1991, the pain in his heart returned and doctors told him his arteries were once again severely clogged. His physician in the Bay Area told Mohan about a doctor in San Diego that had just started using something called “stent technology,” which helped open clogged arteries. Mohan was nervous, but this seemed to be his only option. To give him more confidence about this new procedure, doctors informed him that Mother Theresa herself had been given stents for her heart, too. This gave Mohan some peace of mind, although he knew the procedure wouldn’t be without some risks.

Just over a year later, the stent started failing and the pain returned. Doctors performed a second stent procedure, but a mere three days later Mohan felt another sharp pain in his chest… the stent had collapsed. His daughters, now ten and eight, quickly called 9-1-1. As the paramedics arrived and loaded him into the ambulance, Mohan looked back at his girls and said, “I’m not ready to leave this earth, yet.”

While Mohan lay in the hospital bed on life support, doctors determined the only line of treatment for him would be a heart transplant. His medical team in San Jose transferred him to Stanford to begin the agonizing wait. As doctors described the transplantation process, Mohan thought to himself: “Damnit, someone has to die for me to live and I don’t want that!” He cried uncontrollably as he anguished over the thought of another human being sacrificing their life for his. “If that has to happen, then I don’t want to live,” he said.

During this time, a pastor came to visit him and asked him why he was crying every day. When Mohan explained his worries, the pastor said that it wasn’t worth the tears — if it was indeed meant to be, Mohan should feel lucky if he ended up being chosen as the heart recipient. Three days later, a donor in Colorado was identified.

The transplant was a success. To assist in his recovery, Mohan decided to leave the corporate world behind and chose instead to become a stay-at-home dad. This time away from work gave Mohan a new perspective on life; he finally had the time to do something he’d dreamed about for decades — make an overdue visit back home to India with his family.

But when he came back from his visit, something felt missing, and he couldn’t quite put his finger on it. “God has given me such a wonderful life,” he realized. “And I really needed to be doing something for the good of humanity.” He reached out to Donor Network West, an organization in the Bay Area that advocates for tissue and organ donation, and became an ambassador for them. He felt like this might just be the answer to filling the void he’d been feeling since his return from India. Still, it seemed there was more to learn about this journey.

“I reflected on my time in India and remembered how rampant the pollution was,” he said. “I could see that pollution was taking over in the US as well, and knew that I could make a difference somehow.” He started to understand that he wasn’t given a second chance just so he could live, but so he could help others in return. He decided to use his engineering background to start building energy-efficient smart homes.

Mohan knows that he would never have been able to help others the way he does now if he hadn’t received that transplant 25 years ago. “I owe it all to that young heart from Colorado, and will remain forever indebted to their generosity.”

In addition to his heart, Mohan also received countless blood and plasma donations through the years.

“I am so thankful to my donors for their gift of life. It is very important that everyone understand the need to become blood and organ donors is bigger than just themselves,” he says emphatically. “You could potentially be inspired not just to give the gift of life, but to possibly help someone like me make a global impact, too.”

Mohan will celebrate the 25th anniversary of his heart transplant this year. And while the road hasn’t been easy, he is grateful for the opportunity he’s been given. “Sure, I have to take 10-12 medications every day for the rest of my life,” he says, “but the feeling of giving back to the world by making the Earth a better place makes this ever-changing journey invaluable.”