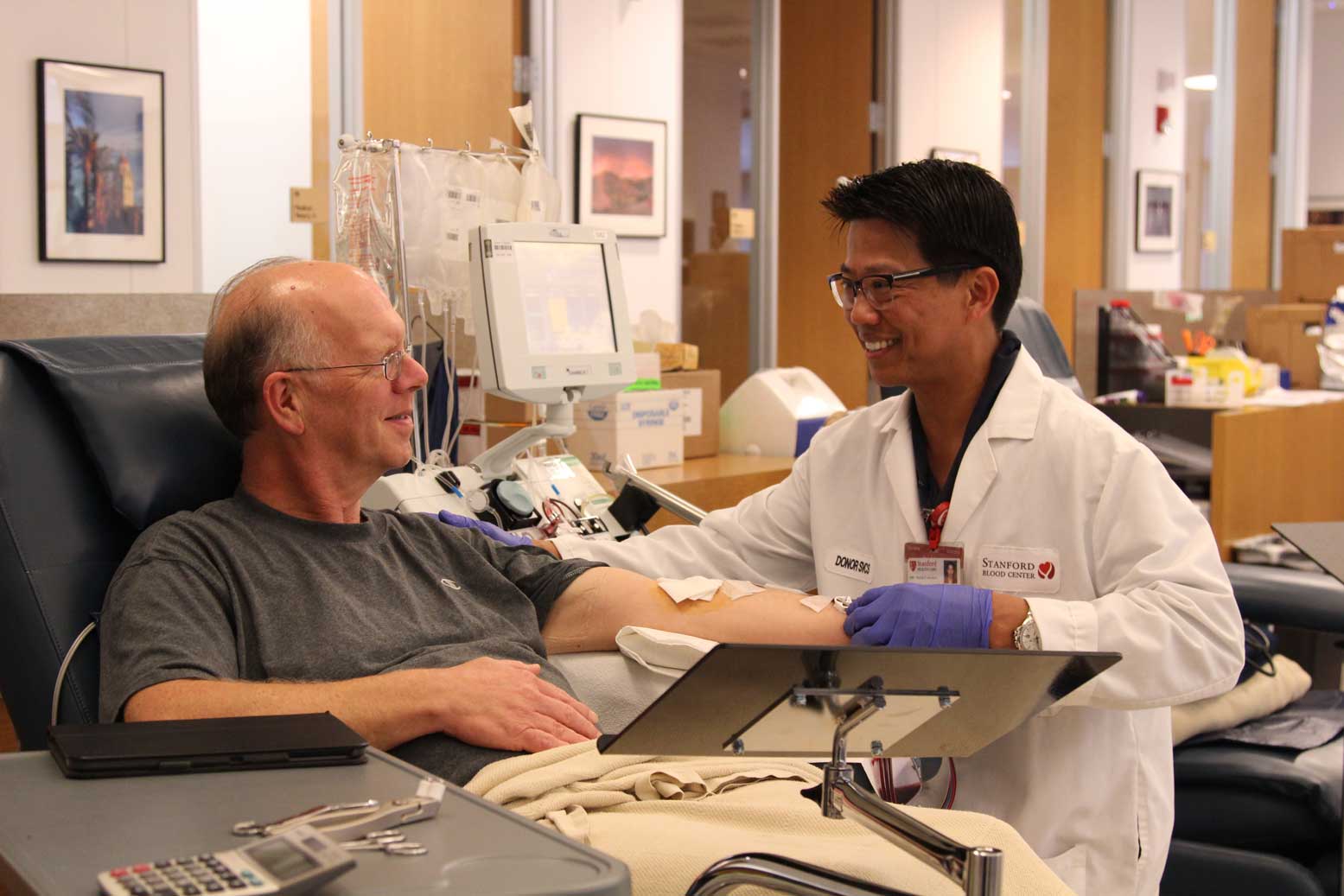 As some of you may already know (and some of you may not!), you can actually donate more than one type of blood product. When you think about blood donation, most people probably first think of whole blood (when a person gives one pint of their blood). But another equally important type of donation is platelet donation.

Platelets, which come from the bone marrow, help to induce clotting and control bleeding. Patients who have been treated for leukemia with chemotherapy, for example, will often need to transfused with platelets. Here are a couple other fun facts about platelets:

Platelet donations at SBC are collected through a process called apheresis blood collection, or ABC. During ABC, instead of giving one pint of whole blood (as in a regular donation), an ABC donor gives only the components of blood needed for patients that day. ABC is made possible by an amazing machine that separates the components of your blood, retains certain components, and returns the rest to you.

Are You Eligible to Donate Platelets?

In addition to the same eligibility requirements necessary for whole blood donations, apheresis donors also need to have an adequate platelet count and total body volume (TBV). TBV is determined by the donor’s weight, height, hemoglobin, and gender. Furthermore, in order to minimize the risk of Transfusion Associated Acute Lung Injury (TRALI) and protect patients, female donors who have been previously pregnant are discouraged from donating platelets*.

To find out if you are eligible for apheresis, come in for a whole blood donation and ask one of our historians about potentially donating platelets.

What To Know Before Your Apheresis Donation

Remember to increase your intake of fluids, calcium, and iron at least two days before your platelet donation appointment – this will help prevent negative donation reactions. You CANNOT take aspirin for 48 hours before you donate platelets, because aspirin reduces the potency and performance of your platelets. Platelet donation also takes a bit longer than whole blood…so be prepared to spend two hours for your donation (don’t worry, we provide you with a comfy blanket and entertainment options!).

*To learn more about TRALI and why previously pregnant donors pose more of a TRALI risk, check out next week’s blog!

Immediate Need for All Blood Types

We have an immediate need for all blood types and products. Holiday travel and cold/flu season have significantly impacted our appointments and reduced our supplies to critical levels.

Make a difference this MLK weekend. Give blood January 16-21* and you’ll be thanked with a FREE Cinemark movie ticket! Learn more

It’s Time to Give Good!

Looking to make an even bigger impact with your next donation? For each person who comes in to give blood during the month of January, SBC will make a financial contribution to The Tech Interactive to promote STEAM education.

While blood donations at any center or mobile will contribute to this campaign, The Tech Interactive is hosting its own mobile blood drive with SBC on January 4! You can come in strictly to donate, or bring the whole family along and explore SBC’s temporary educational exhibit, “World of Blood.”*