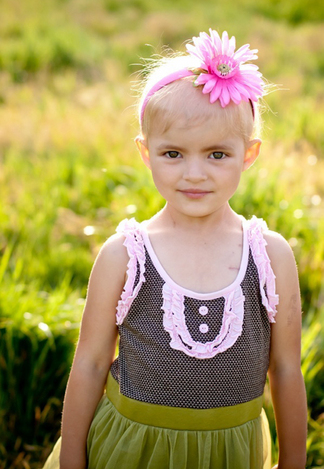 On Sunday, July 1st, Stanford Blood Center will be hosting a blood drive for 4-year-old Gabriella Cosner. Gabriella (Gaby) has Rhabdomyosarcoma, a rare but treatable cancer. For months now, she has been fighting her cancer with chemotherapy and an incredible support team, Team G.

Donating blood together with friends or family members can be a rewarding experience of supporting patients in need while also building a sense of community with each other. A few years ago, we introduced our Center drive program to accommodate a growing number of inquiries about small, organized group donations - a great option when there may not be enough people to make a mobile blood drive feasible.

It seems a rotavirus strain is using the sugar at the end of the type-A molecule as a doorway to the inside of cells. "A sugar molecule linked to type-A blood helps the rotavirus strain invade cells in the gastrointestinal tract," a study has shown. "The virus is the leading cause of severe dehydration and diarrhea in infants, and causes an estimated 500,000 deaths worldwide each year. Specific blood group molecules are already known to promote infection by the stomach bug Helicobacter pylori (H. pylori) and norovirus."

A Global Celebration of Blood Donors

Around the world today, nations will celebrate blood donors in honor of World Blood Donor Day. In Iran, a trio of cyclists will wind up a 17-day challenge ride from the Iranian Blood Transfusion Organization in Tehran to the Ankara Blood Bank. Nigeria's Health Minister marked the occasion by donating blood in Abuja. And in Korea, this year's host country, the celebration began in February, when over 3,000 people donned red and broke the Guinness World Record for the world's largest human blood drop formation.

Jim Early is an extraordinarily dedicated blood donor. One of our "frequent flyers," he has logged over 300 donations with Stanford Blood Center. He even keeps the Blood Center in mind when he plans his summer travel, because travel to malarial risk zones (such as India, parts of Mexico, and parts of Costa Rica) can lead to a one-year deferral from donating blood.

Apheresis granulocytes are a specialized blood product comprised largely of white blood cells. This product is used in patients with very low white cell counts that have life threatening infections that have not responded to antibiotic therapy. In some patients this is truly their last hope for survival.

Earlier this year, we added a new option to our online store, offering donors a unique way of spending the points they earn through their donations. In addition to the usual thank-you gifts such as apparel, athletic gear, and coupons, donors had the opportunity to donate their points to help support Lucile Packard Children's Hospital (LPCH) and The Safe Blood Africa Project.

In 1991, a couple hiking through the Italian Alps noticed something curious buried in the ice. What was assumed to have been the body of a fallen hiker, probably from a few years back, turned out to be "a 20th century archaeological sensation". The remains were 5300 years old from a man who became known as Oetzi, a.k.a. The Iceman.

For as long as I can remember, my dad would come home every couple of months with a pint of ice cream and a bright red bandage around his arm. I was always happy to see the ice cream, as well as my dad, of course. But it wasn't until I was older that I found out why he got the ice cream. As both he and Baskin-Robbins like to call it, it was "A Pint for A Pint". For every pint of blood that my dad donated, he would receive a Baskin Robbins coupon for a pint of ice cream in return.

#WhyIGiveBlood: It Supports the V.A. Hospital

I began giving blood with the Red Cross in 1960. My boss had cancer and the whole company would go down and donate blood in his name. He survived a year or so, and after he died, I still continued to give blood.