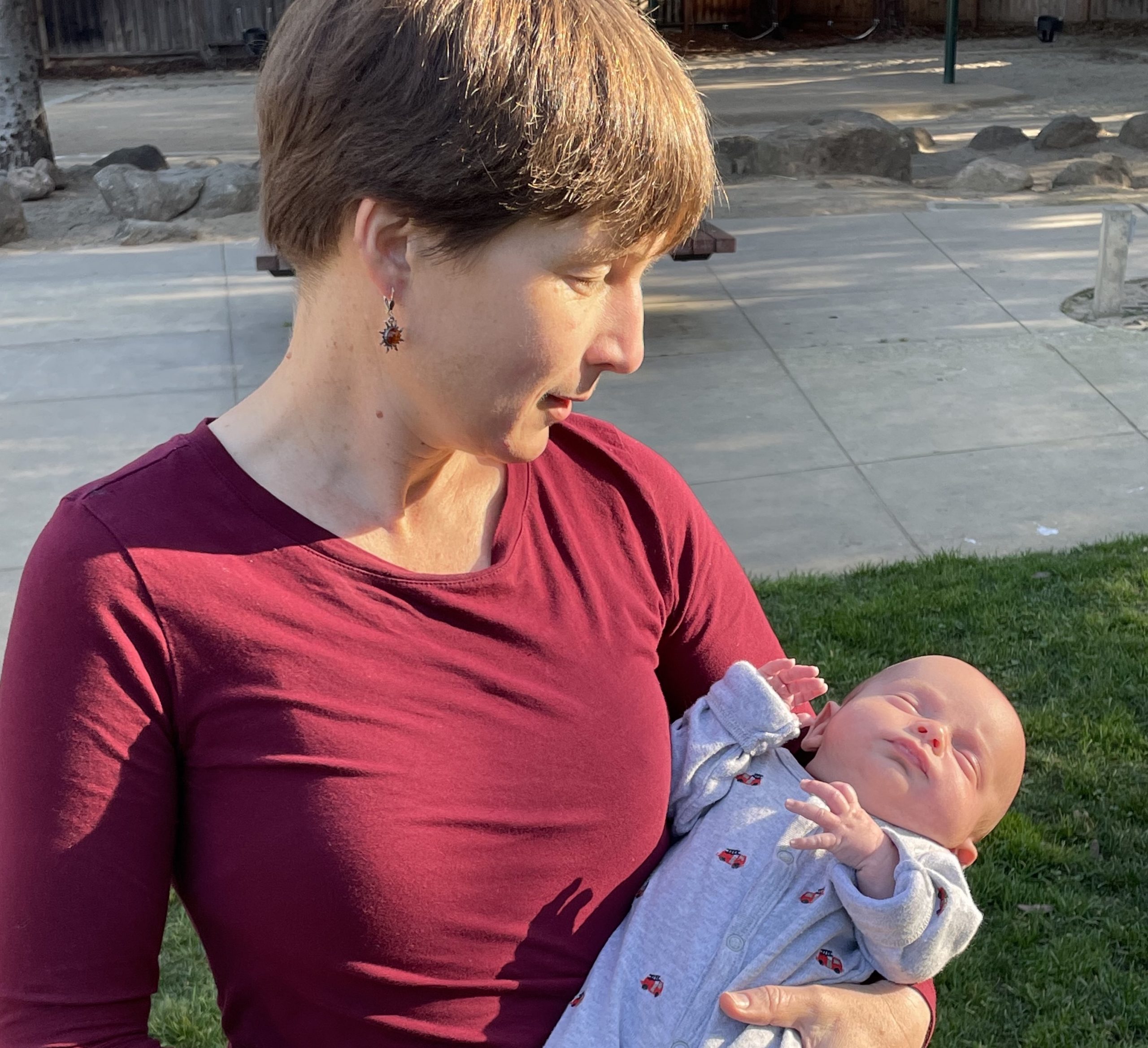 “I’ve been a regular blood donor my whole adult life, and I’ve been humbled to be on the receiving end for a change.”

Amber Kerr is many things. A scholar, a university lecturer, a world traveler, a mother of three, an avid blood donor — and, as of late last year, a blood recipient.

When Amber first wrote to SBC about her story, it wasn’t in the context of sharing it on our blog. Rather, she asked how soon after her own experience as a patient she would be able to jump back into donating!

Amber began donating blood as a university student in Australia when she was 18. “I often prided myself on being brave and willing to try new things. I knew a lot of people were scared by donation but told myself, ‘I bet I can handle it!’” she said. She found out from her first donation that the process really wasn’t too scary after all, and that her blood was especially needed because she was type O-, a “rare breed” of universal donor.

“After my first donation, I was hooked,” Amber said. Once she transferred to Stanford University for further schooling, she began donating regularly at Stanford Blood Center. Despite running into a few barriers due to her iron levels, she did everything she could to continue donating and to recruit other donors as well. “By that point, I was really motivated to donate because being a blood donor had become part of my identity,” she said. Despite a few brief deferral periods over the course of her decades-long donation journey due to pregnancies, international travel, and athletic competitions, she always felt a warm reception, a return home, when she came back.

For most of 2021, Amber was deferred from donation for a very exciting reason: She was pregnant with her third child, a son. But, though this was her third pregnancy, it didn’t go nearly as smoothly as the first two. After developing high blood pressure during her third trimester, Amber was diagnosed with preeclampsia, a serious condition in which an expectant mother develops high blood pressure that can lead to seizures, strokes and organ failure. The cause for preeclampsia is unknown and, since there is no effective treatment, Amber had to stay under observation at Stanford Hospital following her diagnosis.

Despite hopes that the condition might stabilize, Amber’s blood pressure continued to rise during the observation period. In order to protect both Amber and her baby, doctors decided she would need to deliver her baby by Cesarean section at 32 weeks.

Her care team assured Amber and her husband that C-sections, even for premature babies, are routine procedures and that complications such as blood loss are very rare. Once Amber was in surgery, however, the doctor found that the baby was especially difficult to deliver due to his transverse (sideways) position.

“Then, the operation took an unexpected bad turn,” Amber recalls. “They had to take additional time and make more extensive cuts to get the baby out. Preeclampsia already causes a higher risk for hemorrhage and, with the trauma of the extra cuts, I ended up with catastrophic blood loss.” The doctor performed an emergency hysterectomy to save Amber’s life, but even so, she lost almost half the blood in her body.

Because the surgery was supposed to be quick and uneventful, Amber had only been given local anesthesia and was awake during the procedure. She recalls the medical team getting increasingly worried. “I just remember hearing the doctor repeating, ‘Where’s that O-neg? We need blood now!’ It felt totally unreal, almost as if I were in some kind of movie,” she said.

Thankfully, because of blood donors just like her, Amber was able to get the four pints of blood she so desperately needed. “One of the greatest moments of relief I’ve ever felt in my life was when the blood bag was hooked up to the IV. Once I had it, I could finally relax, and I knew everything was going to be okay.”

After receiving the blood needed to help her stabilize — and successfully delivering her baby boy — Amber was given general anesthesia and woke up in the ICU with a breathing tube. She had to stay in the hospital for another week for recovery. During that time, she developed anemia and pale grayish-yellow skin, signs of internal bleeding, which ended up requiring another three units of red cells. 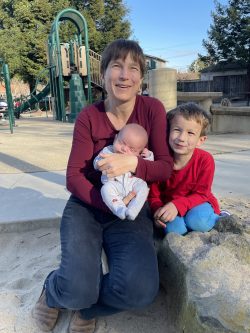 Amber was finally released from the hospital on Thanksgiving Day (a true reason to give thanks!), and her newest addition to the family, sweet Daniel, was released the day after Christmas.

Flash forward two months later: Amber and family are all now happy and healthy at home, and glad for the chance to be together. Looking back on her experience, Amber said, “Each time I needed blood, I was so relieved by the fact that they were able to find me the blood I required and type match it to me so it was received as well as possible. I’m incredibly grateful for both the blood science that kept me safe and the generous donors who made my recovery possible.”

Now, having seen firsthand how blood truly saves lives, Amber is even more excited to donate and save the lives of patients just like her.