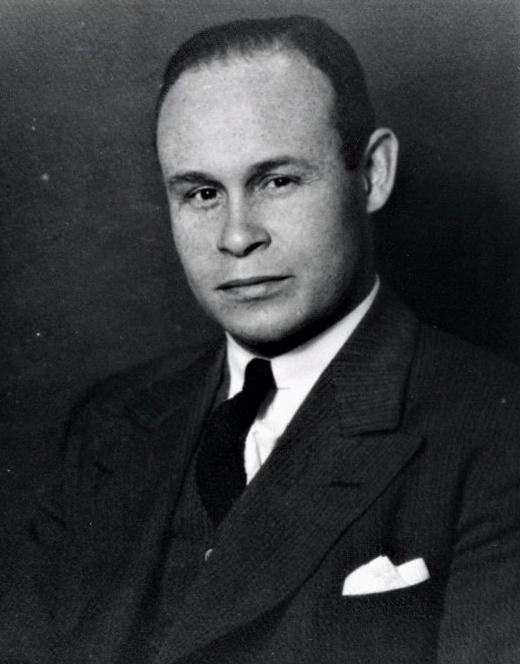 This Black History Month, we are thrilled to celebrate the accomplishments of Charles Drew, a Black doctor who broke down barrier after barrier on his mission to help patients and eventually become the “father of blood centers.”

Charles Drew was born to a middle-class family in 1904 in Washington, D.C. Growing up, his parents impressed upon him the importance of academia, hard work and civic engagement. Charles showed early promise with his ambition. He started working at the age of 12 selling newspaper and expanded the business within the first year to include six other boys who reported to him.

In high school, Charles showed a particular aptitude for sports and was voted “best athlete” by the student body. Though he wasn’t sure of his life’s aspirations at this point, he was admitted on an athletic scholarship to Amherst College as one of only 13 Black students (making up just 2% of the student body). Despite his clear talent for sports, he faced significant discrimination from both his own school and rival schools, which prevented him from reaching his full potential and advancing the way he would have liked in athletics. However, it was also at Amherst that Charles discovered an interest in biology that would ultimately fuel his desire for a career in medicine.

After finishing at Amherst, Charles knew he wanted to go to medical school, but his options as a Black man were limited due to segregation. As with Amherst, Harvard’s medical school admitted just a few Black students each year, and Charles succeeded in gaining admission. However, the school wanted to defer his enrollment for a year, but Charles was eager to start his education. He ended up applying and being accepted into McGill University in Montreal, which had a reputation for having a less hostile climate for minority students.

Charles continued to distinguish himself at McGill, winning numerous awards and scholarships and eventually graduating second in his class with both an MD and CM (Master of Surgery). Post-graduation, Charles was an intern and resident at Montreal Hospital, where he learned extensively about treating patients with transfusions. He had particular aspirations to gain a position at the Mayo Clinic but was barred due to his race. Never one to be held back, Charles continued to apply and was accepted as a faculty member at Howard University, where he advanced to the position of chief surgical resident at Howard’s Freedemen’s Hospital.

In 1938, Charles was on his way to becoming the first Black student to receive a medical doctorate at Colombia (which he did achieve) when he was first given the opportunity to work with John Scudder, a leader in the field of transfusion medicine who was, at the time, setting up his own blood bank for research purposes. Charles’ involvement in this project gave him the unique opportunity as a Black doctor to work directly with patients. Alongside John, Charles investigated “diagnosing and controlling shock, fluid balance, blood chemistry, preservation and transfusion,” according to the American Chemical Society (ACS).

His doctoral research, which featured groundbreaking findings on blood collection and storage, garnered him the attention of the Blood for Britain (BFB) project, for which he was appointed medical director in 1940. As this was the beginning of WWII, Britain was suffering significant casualties at the hands of Germany — both military and civilian due to heavy bombings — and was in need of plasma units for treatment. By the time the program ended in 1941, the ACS reports that the BFB program sent more than 5,000 liters of plasma to Britain.

The strong model for uniform collecting, processing, etc. that Charles oversaw at BFB went on to be the basis of a pilot program to establish “a national blood banking system, jointly sponsored by the National Research Council and American Red Cross,” the National Library of Medicine reports. Charles was asked to be assistant director of the program, where he added great value and even invented the idea of mobile collection sites, later called “bloodmobiles,” an innovation that contributed to him being crowned “father of blood centers.”

This program gained even more importance as America joined the war effort, but, as part of this wartime collections, Black people were at first outright barred from donating blood, and later only allowed to donate blood if it was separated from blood donated by other races. Despite being a leader in the field of transfusion medicine, Charles was unable to donate blood and was incensed by the policy. He spoke out about this discrimination and its lack of scientific basis throughout WWII.

After the war ended, Charles went back to Howard University, where he eventually was promoted to Head of the Department of Surgery and Chief of Surgery at Freedmen’s Hospital. He focused his efforts on training the next generation of students in medicine and spent significant time campaigning for inclusion of Black doctors in medical societies. Both his medical work and his work to correct racial injustices earned him numerous awards.

Charles tragically passed away in 1950 after being involved in a car accident on his way to a conference. Though the hospital was unable to save Charles with transfusion, his legacy has lived on and his methods — particularly the use of bloodmobiles — have been baked into the very DNA of blood centers as we know them today, including Stanford Blood Center.