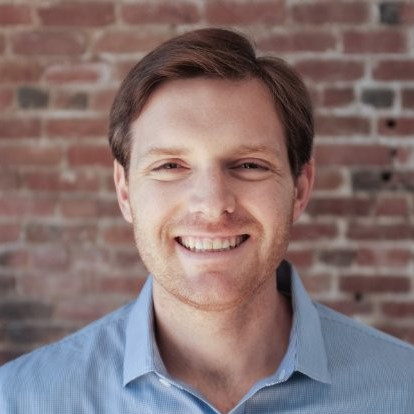 In December 2019, Dan Gross joined SBC as Chief Operating Officer (COO). In this role, he provides strategic direction and oversees everyday operations that impact the entire donation experience, from the moment a donor is called about giving blood to when the prepared product is shipped out to a local patient. While working at a blood center has been a new experience for Dan, his commitment to serving communities in need is something that has followed him throughout his career.

Dan credits much of this commitment to service to his family. Growing up, Dan’s father was a rabbi in Southern California who, as the community gentrified, served those in need by leading a non-profit dedicated to eliminating houselessness. As a result of his parents’ teachings that service is the “true measure of your life,” he and his siblings chose their career paths accordingly: one sister now works for the United Nations, one sister works to alleviate houselessness in Los Angeles County and Dan is in patient care.

However, it was international injustices that first sparked Dan’s interest. In college, he had been drawn to global issues, particularly after he studied abroad in Shanghai in 2003 following the SARS epidemic. Shortly after he graduated, Dan moved to China for five years, where he settled into a manufacturing district in the south of the country. For his last two years, he was employed at a nonprofit consulting company that worked with major companies in the U.S. and Europe to ensure the manufacturing companies they used in China were sustainable, did not engage in child labor, minimized pollution and generally employed ethical business practices.

Though Dan enjoyed working with this company, he became disheartened at the minimal engagement of the for-profit companies whom they consulted for and decided to pivot his efforts in a way he felt he could really make a difference in addressing social issues. That’s when he returned to the U.S. and was connected with a venture accelerator program that would allow him to manage the implementation of a start-up dedicated to solving the same issue his father and sister had devoted their careers to: housing insecurity.

Though the initial investor had planned for Dan to implement this project in China given Dan’s background, after extensive market research and consideration of demographics and culture, it was decided that the project would be best suited for India. “The poverty in India is staggering,” Dan recounted. “Nearly seventy percent of people still live in villages [rather than cities] where there is no real economic movement. Many people are simply ‘stuck’ and don’t have a way to generate cash to purchase homes.” 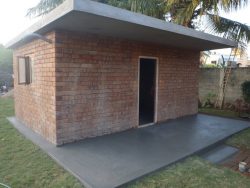 Within three months, Dan was in his new country developing a plan for how best to logistically manage his goal of creating low-cost homes for communities there. Dan was actively involved each step of the way, touring throughout India in the early stages to find an ideal location and identifying potential challenges. After finding additional investors and identifying adaptable building products, Dan and his newly assembled team moved to the very hot, very crowded southern city of Chennai where they essentially functioned as a low-cost construction company.

“For our first project, the house we built was actually on one of the investors’ plots of land, and the house was for the caretaker, his wife and his pregnant daughter. When we got there, they were all living in a single 200 square foot mud house with a thin tin roof,” Dan recalled. Because the family wanted to be actively involved in the building process, Dan was able to not only hear about their vision for the house, but also get to know them fairly well on a personal level, which made it that much more rewarding to see their quality of life transform once the project was completed.

Dan and his team built their first few houses in the villages around Chennai before moving into what were locally referred to as “slums” across South Indian cities, which proved to be a better market. Dan and his team were able to complete about 20 houses before he left India and close to 50 before he left the company. 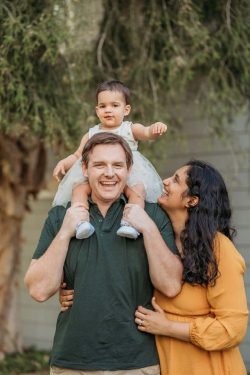 Dan with his daughter and wife

For about the last year of his tenure, Dan was managing the company mostly from the U.S. However, he found that whenever he left, progress seemed to slow, which taught him one of the most important lessons for his career: the criticality of motivating and investing in your teams. Through much trial and error, he developed tactics and trained leaders to keep engagement high and to ensure that the people he worked with were motivated by their mission of helping others.

Dan carried this desire to stay mission-focused with him throughout his time in business school following his move back to the U.S., and in his next role managing operations for a kidney dialysis company — a place close to his heart since his father had developed kidney disease later in life. It was in this role that Dan fell in love with patient care and utilizing his talents of organizing and motivating others to transform lives.

Since joining SBC last December, Dan has become known for many things (his wry sense of humor and his adorable infant daughter, especially). However, his reputation around the Blood Center has to do chiefly with his ability to effortlessly embody both exemplary leadership and teamwork. Especially in the era of COVID-19, there have been many times when things have not gone as planned, when blood drives were cancelled last-minute, when teams had to completely change their setups to move to remote work for the safety of those around them, when new researchers needed our help. In all of these and many more situations, it would have been easy to become frustrated and for teams to become burnt out. And yet, not only was Dan able to calmly and efficiently help us navigate these challenges on an operational level, but also he never failed to tie it all back to our mission of helping patients, to remind us all why it is we do what we do and whom our operational pivots and agile problem-solving were truly helping. We are lucky to have such a skilled, positive and passionate COO to guide us through these challenging times and to keep us focused on supporting our community members when they need it most.