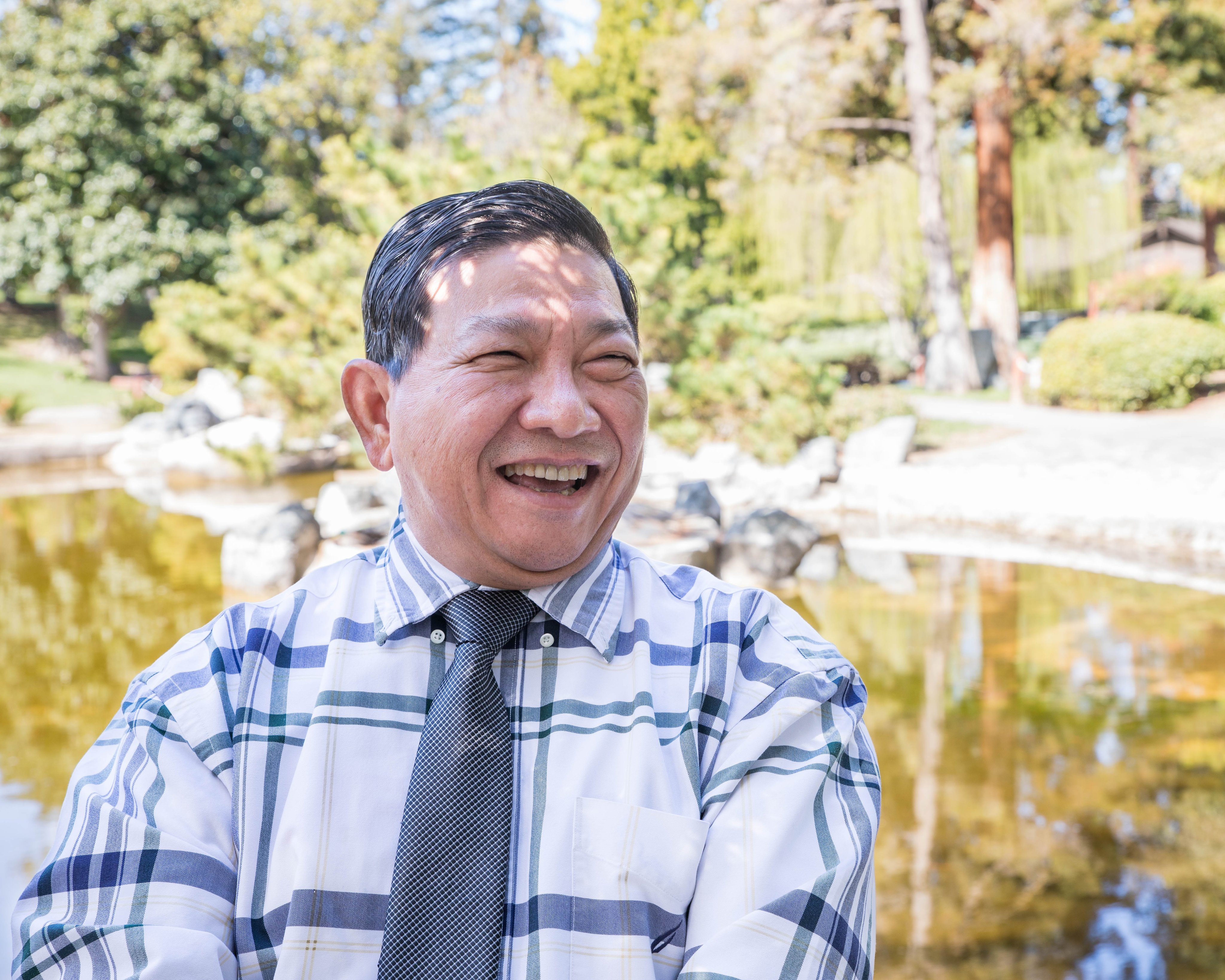 In 2007, DYung Lu was working full-time, going to school full-time, and getting very little sleep. Given his hectic schedule, he was unsurprised when he started to feel physical ill and worn down, but he continued to press forward.

Then one day, he was lying in a hammock and one of the strings broke, sending him falling a few feet to the ground. He had a small cut and cleaned himself up, expecting to heal rather quickly. But, the next morning, DYung was alarmed to find that one of his arms had swollen to be even thicker than his leg. He hurried to the hospital to see what was going on and, after doing some bloodwork, his care team told him to call his wife over immediately.

Once she arrived, the couple was told that DYung was in the very late stages of liver failure and that he would have to go to a specialist immediately. His case was so urgent that the specialist was waiting for him and his wife outside of the building. With a heavy heart, they received the shocking news: DYung had contracted hepatitis B and, based on his disease progression, was almost certain to die within a week.

“We asked the specialist, ‘If this was your wife, what would you advise her to do?’ He said, ‘If you get on the liver transplant registry, you may be able to recover. There’s only about a 1-2% chance you could get a liver in time. There are roughly 3,500 people on the registry. But, if it was my wife, I’d take that chance.’” And so, they did.

Praying for the best but expecting the worst, DYung began to contact his loved ones and let them know that he likely would not live much longer. It was as heart-wrenching as can be imagined. And, though the odds were not in his favor, his support team and his church community especially continued to hope and pray for a miracle.

Then, it happened. Just two days after being placed on the registry — an unbelievably short wait — DYung was informed he had a matched liver and he could go into transplant surgery immediately! Thanks to the donated liver any about 20 units of donated blood products, his transplant was a success. Having lost both his father and grandfather to hepatitis, he felt particularly blessed to be the first in his recent family to survive the disease.

In a normal liver transplant scenario, the recipient is only hospitalized about 10 days. However, because DYung was so bad off — his liver was only operating at 1% normal function and his hepatitis had begun affecting his kidneys — he was hospitalized for two months.

Throughout his hospitalization, his wife never left his side. “From the time I set foot in Stanford Hospital and over the course of my two-month stay, my wife never left the hospital. She slept on waiting room benches, in my room, anywhere just to be close to me in case I needed her,” DYung said. “As I was beginning to recover, we had some time to spare, and she encouraged me to help other patients as well. She’d wheel me around in my wheelchair so we could go visit others in the hospital and encourage and pray for them.”

Soon, the couple caught the notice of a social worker, who, seeing the compassion and joy they brought others, suggested they start a support group organization. And that’s exactly what they did.

“Once I got home after my surgery, I thought about all I went through, and I said to myself, ‘This life doesn’t belong to me anymore. This second life, it belongs to helping others.’” DYung decided that he no longer wanted to work in the traditional sense, but he would instead dedicate all his time to giving back.

In 2009, DYung founded a liver transplant group that worked especially with Vietnamese liver transplant patients. “A lot of people in my community don’t speak proficient English, so, when they go to the doctor, they don’t fully understand. It’s scary and confusing, and, when they’re told they need a transplant, they never come back.” Through his organization, DYung has created a network of hundreds of patients who do everything they can to support each other, from the traditional checking-in on their medical cases to even fundraising for their families when needed.

Since the organization’s founding, DYung has expanded beyond liver transplant and even beyond just Vietnamese patients and is trying to spread his mission of providing hope to as many community members in need of a transplant as possible. He continues to partner with other local and national organizations, including the volunteer network at Stanford Hospital and Donor Network West. And, he continues to change lives on a daily basis.

You can support patients like DYung by donating blood regularly and registering to be an organ donor. Learn more here.