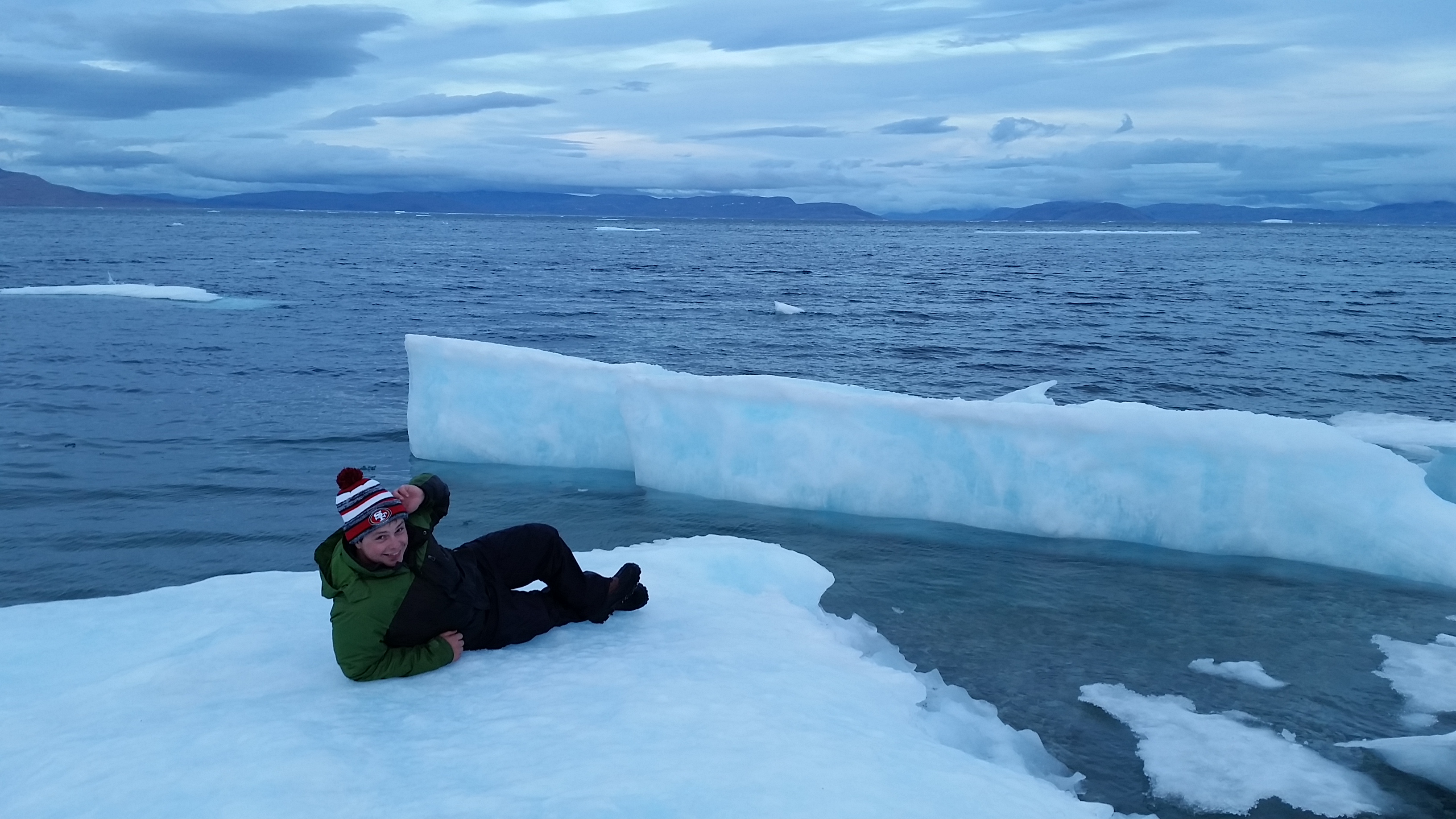 When John Wilken, Stanford Blood Center Laboratory Technician, was 19 years old, he was presented with the adventure of a lifetime. In his sophomore year of college, John read in an Eagle Scouts newsletter about an opportunity to research narwhal whales in Pond Inlet, a remote town in northeastern Canada above the Arctic Circle. As a marine biology major, he was intrigued. After submitting a written application and undergoing a video interview, he was informed that he had been selected to join a team of researchers from Harvard and MIT to collect data for an expedition sponsored by the Smithsonian Institution. Working with a small team, John would gather data that would help pinpoint when the narwhal evolutionarily diverged from the beluga whale and what the evolutionary advantage of its unique form, particularly its tusk (a canine tooth), really was.

A lived example of the Boy Scouts motto “Be prepared,” John took his father’s advice and enrolled in multiple classes that summer on whale anatomy and marine mammals. These classes, which ended shortly before his trip began, would prove more useful than he had ever imagined.

Excited and unsure of what to expect, John arrived at the airport in late June of 2015 ready to start the expedition, only to find out that the anatomist who was originally slated to join the research team had other obligations and could no longer join them. Being that the principal investigator was a dentist and the only other people coming on the trip were the investigator’s wife (an environmentalist) and a geneticist, John offered to lend his newly acquired knowledge on whale anatomy to fill that missing role and act as the resident anatomist. The team was skeptical at first, but agreed. Reflecting back, John said, “I was this green kid, in Canada for the first time, on a research expedition for the first time. And I now had a huge responsibility and needed to prove myself.”

Intimidated but never one to back down from a challenge, John prepared himself for his new role, only to immediately hit another snag. “No sooner do I get to Canada than the airline loses our bags — I have no clothing, no research equipment. All of our gear was going to get to us about a week late because flights didn’t come in very frequently to the little town that we were in, Pond Inlet, since it had only 1,617 residents.

“We didn’t know what we were going to do,” John continued, “but Joe Enook, the legislative assemblyman for that town ended up offering us a place to stay at his house.” After a week of being shown around the town by Assemblyman Enook, the team finally received their gear. They were ready to start the expedition, excited to finally get going — but by the time the gear got there, the principal investigator could no longer commit to the trip, seeing as how it would now require an extra week that he had not budgeted into his schedule.

At this point, John was desperate to see the trip through and asked if there was anything he could do to keep the project in motion. The principal investigator agreed that if both John and the geneticist decided to stay, he would trust them to collect the necessary data. The geneticist responded that he would stay if John did, to which John immediately responded, “Yes! I’m ready for this challenge!”

Finally starting the expedition, John and the geneticist loaded all their gear into the 16-foot-long boat of their Inuktitut guide, who had struck a deal with the Smithsonian Institution to provide a narwhal for research purposes. Since the Inuktitut people are one of only two groups in the world that can legally hunt narwhals, their generosity proved vital for the expedition’s success. For two or three weeks, the men spent each day on the boat looking for a narwhal before returning to shore and camping along the Baffin Bay archipelago.

“It was one of the most incredible experiences of my life because I really saw how devastating nature can be without the proper preparation. It was freezing cold and our guide had to navigate us through a maze of sea ice. It was really transformative being in such a raw natural environment like that,” John said.

Finally, on August 8, 2015, their guide successfully caught their narwhal. Now the resident anatomist, John opened up the team’s nitrogen freezer and got to work taking measurements and organ and tissue samples.

Before that day, the largest thing John had dissected was a sea lion for class. Now he would have to perform a field dissection on a two-ton narwhal, about 20 feet long, entirely on his own. Additionally, John recalled, “It was during an extremely heavy rainstorm, so I was standing in about two feet of sea water in the freezing Arctic. Looking back, it was one of the best and worst nights of my life.”

After spending the night (from 7:00 p.m. – 3:30 a.m. the next day) shivering in the frigid water, John had finished collecting samples. “When it was over, the geneticist turned to me and said, ‘Without you on this trip, I don’t know what we would have done.’ That meant a lot,” John said.

Once the expedition was finished, all the samples along with the skeleton were sent back to the Smithsonian in Washington, D.C., where the principal investigator would pick up with the analysis. The museum would later go on to build an exhibit about the expedition and research findings,¹ and ask John to write a chapter for the accompanying book.

Linking this success back to the adventure’s beginning, John said, “The Boy Scout motto is ‘Be prepared,’ and on this trip, I had to be prepared for everything because a lot of curve balls were thrown my way. It was not what I expected, but the experience sparked really great personal development. After that, I feel better prepared to handle any unexpected challenges.”

1. “Narwhal: Revealing an Arctic Legend” is a temporary exhibit at the Museum of National History in Washington, D.C. If you have the opportunity, catch it before it closes on January 5, 2020!