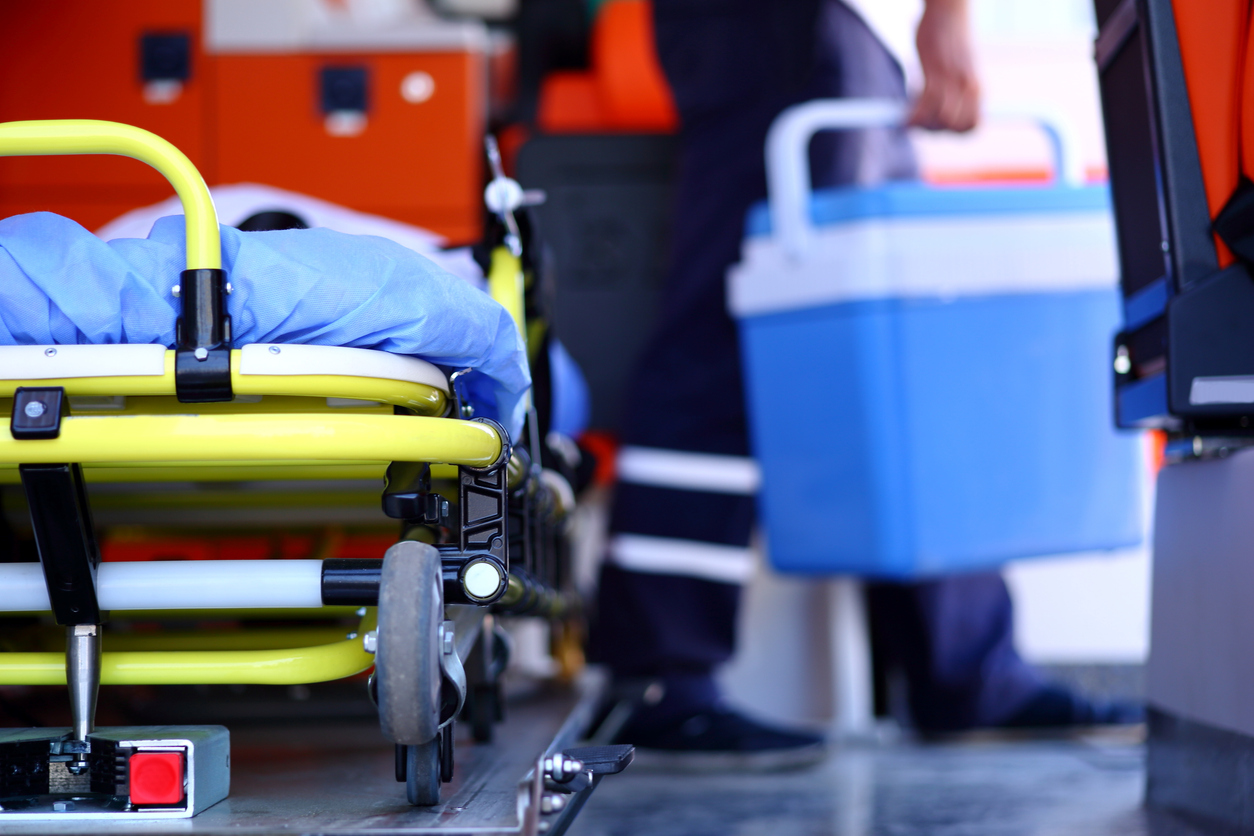 A few months ago for national Donate Life Month, we shared information on our SBC blog (HemoBLOGin) about organ donation and the critical role SBC’s Histocompatibility & Immunogenetics Laboratory (HLA Lab) plays in making sure donated organs can be transplanted successfully. And while our blog and website contain plenty of information on the innovative donor-patient matching we do today, few know about the rich history of transplantation, much of which was cultivated right here at Stanford!

One great example of innovation throughout the years is in heart transplantation. Today, the situation in which a heart transplant occurs would typically be something like this: A patient in heart failure has been unresponsive to other medical or surgical treatment options and now must receive a heart transplant for survival. They are put on the waiting list until someone who is registered as an organ donor passes away. If the deceased donor’s heart is viable for a transplant, the heart transplant candidate might receive the allograft based on histocompatibility in the two major blood type systems (ABO and HLA), as determined by an HLA lab. The histocompatibility — or the degree of matching between donor and recipient — is assessed before transplantation by several technologies, including ABO and HLA typing, alloantibody detection/identification and donor-recipient crossmatching. The HLA lab also performs post-transplant monitoring of humoral and cellular alloimmune response to make sure that the organ is not rejected. Based on this strategy, heart transplants today have an impressive 85% survival rate at one year and 53% at 10 years.

What is now a fairly successful and standardized transplant process, however, was not always so safe or straightforward. The first heart transplant was attempted in 1905 with two canines. The heart was transplanted immediately from the smaller donor dog into the neck of the larger recipient dog, who lived only two hours after the procedure. Experiments like these would come to be fairly common in the medical transplant community for many decades, with transplants between dogs serving as the backbone of heart transplant research through the early 1960s. Though surgical techniques were improved during this time, no canines lived longer than a few days, with most still living only a few hours.

After a failed attempt at transplanting a large chimpanzee’s heart into a human in 1964, the first human-to-human transplant was performed in 1967. Though the recipient died within the month from pneumonia, the transplant itself was considered to be successful. While the surgery was performed by a doctor in South Africa, the techniques and research used to support this transplant were largely attributed to Dr. Norman Shumway of Stanford University. His published research based on experiments with animals paved the way for other transplants around the world, with Stanford performing the fourth ever human-to-human transplant the next year. Despite many institutions closing their transplant programs during the late ’60s and into the ’70s, Stanford was one of four main institutions that continued to perform these groundbreaking operations and advance the field in critical ways.

For example, one of the main issues doctors had been having previously was lack of an ability to properly store an organ for transplant. The procedures had to be done quickly, and it was believed that some of the early failures were a result of the organ having been non-functioning for too long before the surgery. In the early 1970s, Stanford researchers revolutionized transplantation when they discovered that storing organs, including hearts, in a “chilled, high-potassium electrolyte solution” helped preserve it for hours, which enabled transport of organs and thereby more accessibility and success for patients.

Two major milestones that followed shortly thereafter addressed rejection of heart transplants — the very thing our current HLA Lab seeks to prevent as well! In 1972, Drs. Philip Caves and Margaret Billingham at Stanford developed an instrument that could be inserted through a patient’s neck vein and guided down into the heart, where it could withdraw small samples of the heart to be analyzed for early signs of rejection — something doctors had previously not been able to detect until it was often too late. Then in 1980, Dr. Shumway was back on the scene, this time with a cyclosporine drug that, when taken after transplantation, was shown to lower the chance of the heart being rejected. Only a year later, Dr. Shumway went on to perform the first-ever simultaneous heart and lungs transplant (which was also the very first successful lung transplant).

Since the ’80s, Stanford researchers have continued to make major innovations in heart transplantation and in creating medications and even DNA testing to predict and prevent organ rejection. Clinical research in histocompatibility and immunogenetics at Stanford has also made significant contributions in alloantigen and alloantibody discrimination, as well as in functional assays to support desensitization and rejection therapy. Now, just over 50 years after the first human-to-human transplant at Stanford, we are proud to continue our legacy of innovation in health care and, above all, provide services that give local patients hope for healing.