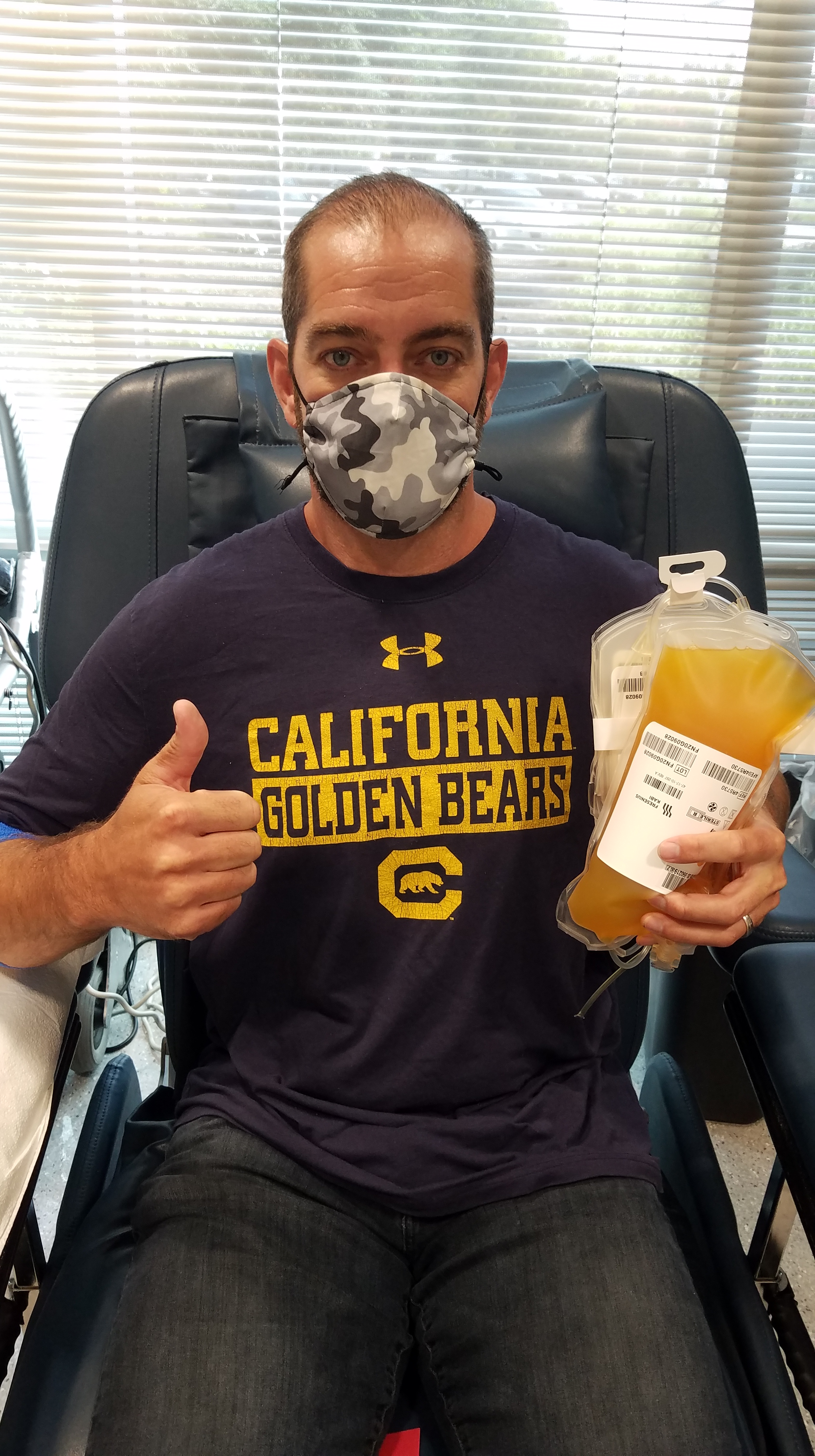 In early March, COVID-19, while present in San Mateo County, was still reported to be a low health risk to the general public. In fact, the first case of unknown origin in the county had just been identified March 2. So, when Andrew Armstrong, a healthy and athletic father of two young boys, began experiencing aches, fatigue and a fever on March 14, he assumed he was coming down with a sinus infection or, at the very worst, the common flu.

However, after five days of a consistent 101+ degree fever, he started to get worried. Andrew went to urgent care around March 18, where doctors told him that he was negative for both sinus and ear infections. It wasn’t until he got the negative results of his flu test later that day that he was forced to face the scary reality that he very likely had COVID-19.

Due to the unprecedented way COVID-19 overwhelmed the healthcare industry in its early stages, getting testing and information was difficult. Andrew wasn’t able to receive a COVID-19 test until day eight or nine of his symptoms, and even then, it would take about an additional five days to receive the results. “I didn’t think I would even be able to get a test since I was relatively young and healthy with no underlying health conditions, but because my blood oxygen levels were low and my fever persisted for so long, they had one ordered,” Andrew said. In this early stage of COVID-19 locally, the only testing available to Andrew was a pop-up testing site organized in the garage of a San Carlos medical center.

“It took all my energy to drive myself to that test,” Andrew recalled. “I was winded and experiencing shooting pains just from getting up and walking to the kitchen to get myself water during the day!”

While Andrew and his family waited for the results, he continued to fight a hard battle with the disease. After 12 days of an unrelenting fever and very little appetite, Andrew lost a total of 15 pounds. “I played rugby at Cal and then with the Olympic Club in San Francisco for almost a decade. I still run regularly and stay pretty active, so for it to knock me out as much as it did… It was eye-opening,” he said. “The experience was really scary because of all the uncertainty. I was constantly just hoping I would get better and that this wouldn’t turn into something more serious.”

As he was laid up in bed over the nearly two weeks of illness, Andrew discovered something that excited him, gave him hope. In addition to watching Tiger King and plenty of corny Netflix movies, Andrew noted that he had a lot of extra time to watch the news, which is where he first heard about COVID-19 convalescent plasma and how it was being used as an investigational treatment for critically ill patients. If he got better, this was his plan. “It was so stressful and so scary. Even in the general public, everyone is stressed, having to work from home, sports are cancelled, and people are really sick and dying in the hospitals. I saw donating plasma as something I could do to punch back, so to speak,” he said.

Much to Andrew and his family’s relief, on day 12, his fever finally broke and he could feel himself slowly regaining strength. With all the fear and uncertainty the disease had brought into his life, this was truly a cause for celebration. However, as soon as he started recovering, Andrew was immediately off researching how to help others with his antibodies.

While finding information on COVID-19 convalescent plasma programs was challenging during this time due to how quickly and recently it had been implemented, Andrew was persistent. After a few weeks of searching and reaching out to various blood centers, he finally got in contact with Stanford Blood Center (SBC) and was thrilled to be able to talk to someone over the phone about the program.

Just a few days after that initial phone call, Andrew was at SBC’s Hillview location, ready to donate his plasma to help fight COVID-19. “I had a lot of questions about the antibodies, how we know the plasma works… and Dr. Pandey, SBC’s medical director, actually came down to meet me on the day of my donation and answered my questions in person,” he said. “She was really candid about how it works and about the clinical trials underway. It was also really encouraging to hear that most of SBC’s donations were going to help patients locally, and that there was such a high demand for this plasma that it would definitely be used right away.”

Despite his mild fear of needles, Andrew gave the maximum of four plasma units and, upon hearing that his antibody levels were extremely high, has since been back to donate four more times! “It’s pretty easy now,” he said. “Plus, you get to eat cookies after! My wife tries to get me to eat pretty healthy at home, so this is a nice perk,” he joked.

Ultimately, though, after experiencing first-hand how awful COVID-19 could be, Andrew was happy to be helping any way he could. “There are a lot of misconceptions around plasma donation. One question I get a lot is about whether I’ve met the patients my plasma went to, and I have to explain that that’s not typically how it goes, there isn’t that one-to-one connection. But for me, I’m grateful just knowing I was able to help someone. To be able to do something truly good for the community during this really difficult time — and potentially even to save a life — that is enough.”

To learn more about how you could give back by donating COVID-19 convalescent plasma, click here.