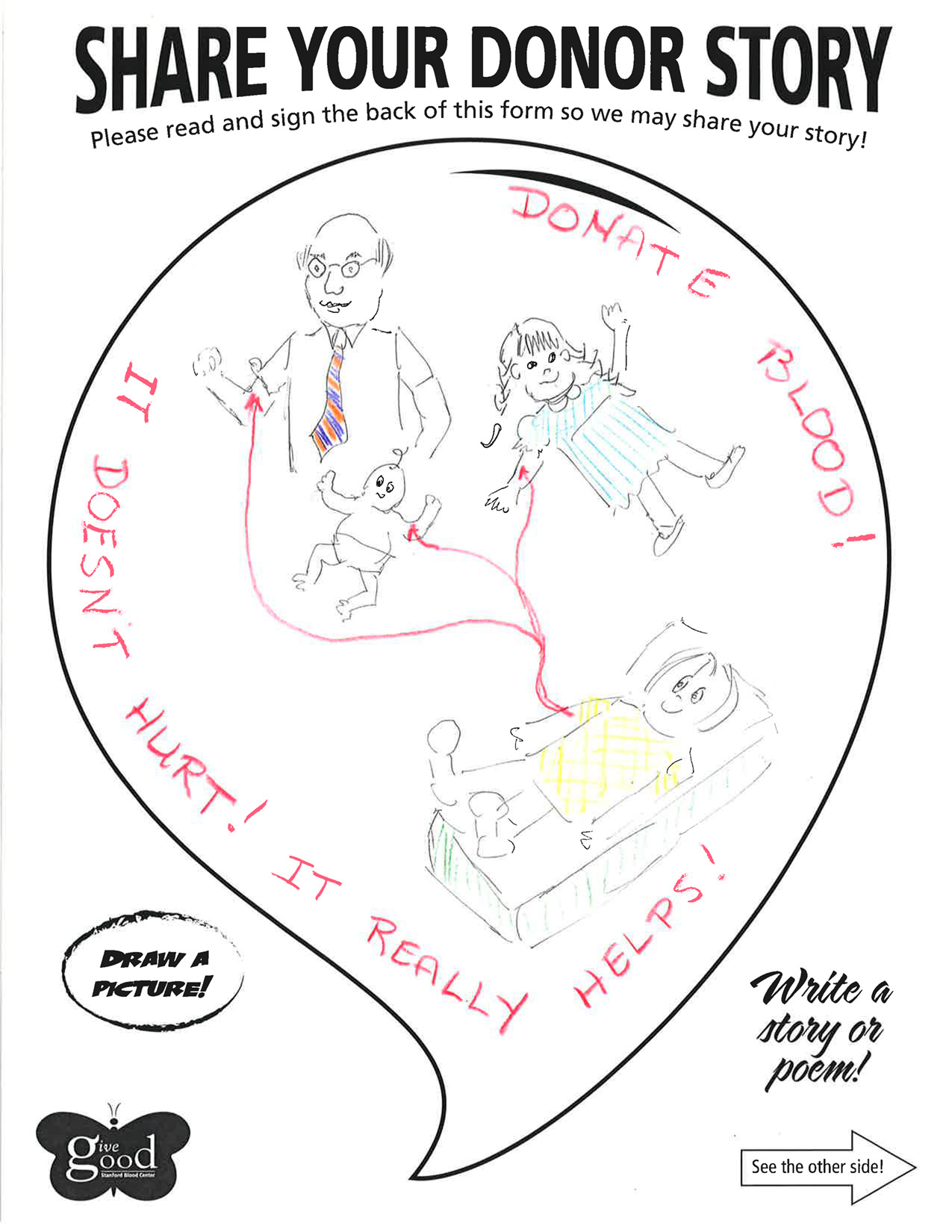 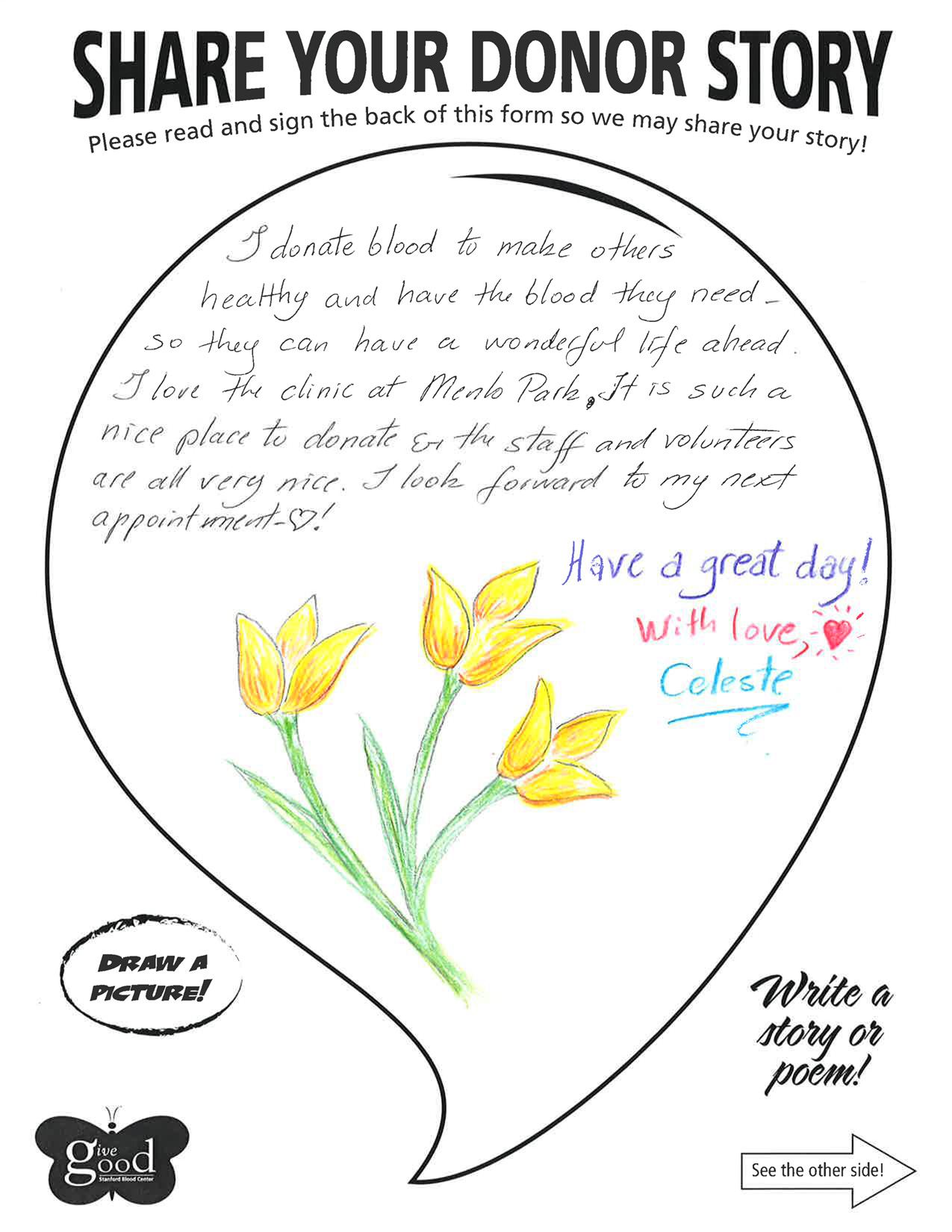 I donate blood to make others healthy and have the blood they need so they can have a wonderful life ahead. I love the clinic at Menlo Park. It is such a nice place to donate & the staff and...

By John Knapp When General Chuck Yeager, the first man to break the sound barrier, was asked about so many people asking him to autograph copies of his autobiography, he said, “Being a military guy, I’m part of their property....

By Kevin O’Neill On Monday, a father and daughter teamed up to make a huge difference in people’s lives by donating platelets. What made this occasion special was that the daughter was making her very first platelet donation! Mariana Briskin,...

Committed to our cause

By Julie Peachey Judy Lasky recently happened upon our bloodmobile parked outside a YMCA and was thrilled to see Stanford Blood Center in her neighborhood again. She had been a committed blood donor at a community drive we held in...

Remembering Micah’s Smiles: How one mama has learned to live after kissing her 11 month old baby goodbye

By Jennifer Canvasser When I married my best friend, Noah, we were young, healthy, and so excited to start a family together. We expected our family building journey to be simple. But, we struggled with infertility. I was jealous...

In lieu of gifts, donors ask for donations

By Julie Peachey Several years ago we introduced the idea of Center drives for small groups of friends who donate together at our Center locations. An alternative to hosting a larger, off-site blood drive, these groups (typically 5-10 people) are a...

By Mario Escudero There is one specific reason I give blood. Six years ago my father, Frank Escudero, was diagnosed with renal cancer. After a partial removal of his lower kidney, he continued to suffer from other symptoms of the disease. A...

We currently have a critical need for O+ and O- blood. Can we count on your help? Book Now

There’s snow better place to be,
than giving blood at SBC!
Donate blood November 14 – December 11 and get our 2021 collectible holiday t-shirt as a thanks!
Learn more. Learn more

The latest issue of SBC’s digital donor magazine is out now! Read it here. Read the newsletter.